Nicole Scherzinger On Pussycat Dolls: ‘I Sang 95% Of All The Songs On Our Records’ 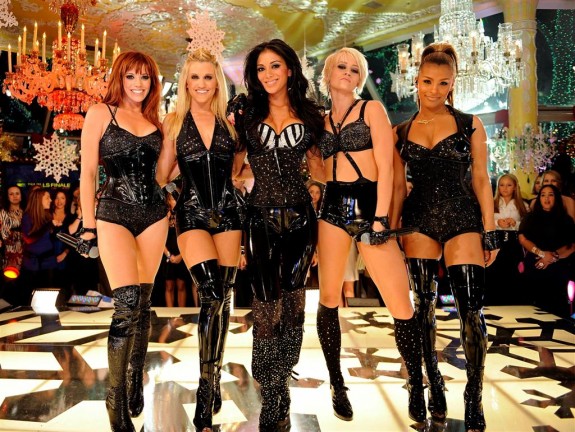 Nicole Scherzinger is calling her former bandmates out by revealing that she sang most of the songs of the group’s albums – which isn’t exactly a shocker for many of us, considering that no one else in the band ever sang except Nicole, but for her to reveal this despite the fact that the Pussycat Dolls split over two years ago due to constant arguing as other members wanted to have a bigger input into the music they were going to be releasing.

Now, for the first time, Nicole has set the record straight in an upcoming VH1 Behind the Music special, where she reveals that she sang pretty much every song on the two albums that they had released, however she didn’t state the reason why, though we can already guess it was because the other girls couldn’t sing — they were just there to do some dance moves and look pretty.

Us Weekly reported the story along with the interview where Nicole can be heard saying: “I love those girls, they’re like my sisters, but people don’t even know the story. They have no idea. I was in the center because I was singing. I was the one singing.”

She recalled the time when she and the producer of the album invited the girls to the studio to hear the album — in other words, she was hinting that she had sang the full album and they were just there to hear it: “I never really talked about it, but I’ll never forget I finished the album PCD and [producer] Ron [Fair] and I brought the girls into the studio and we played it for them, and it was the first time they’d ever heard the music,” she said.

To clarify what she had said, she added: “Do you understand what I’m saying? We played the album for the Pussycat Dolls. It was the first time they’d ever heard the songs.”

Now, what do you make of this? Is it cruel for her to do this, knowing that the band has split for more than two years,- everyone has moved on and this may just open old wounds again. Let us know what you think about this icky situation below!