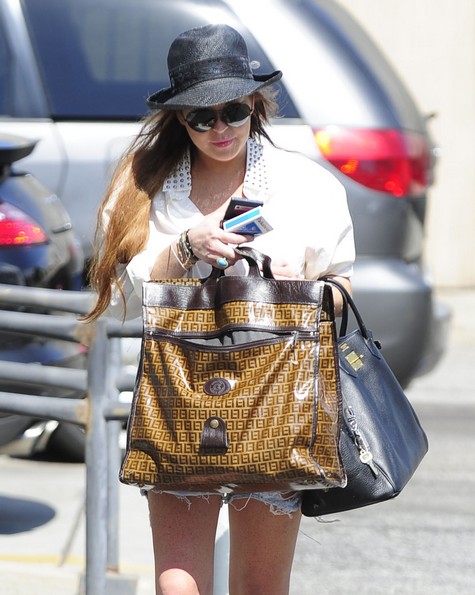 The unfortunate Lindsay Lohan was once again the subject of scrutiny during a physical abuse altercation on the 1st of October with Christian Labella, a man she met at a Los Angeles nightclub. Allegedly, Labella was taking pictures of the actress all night and when she asked for his phone to delete the pictures, he tossed her on the bed and punched her. The 25-year-old Labella was arrested a few hours after authorities were called. Claus Hjelmbak, one of Lohan’s close friends, spoke out about the actress’ embattled life and said, “She’s not in a good place.” Hjelmbak was also present the night when the abuse took place. Was Lohan in a good place to begin with? He said, “It’s not because of her health issues. She’s not in a good place, because people around her just keep throwing her under the bus.”

Hjelmbak also alleged that Labella didn’t know Hjelmbak or Lohan before that night, “Lindsay is a sweet girl and is very open and nice when people come over and talk. In this case, she thought it was somebody her friends know.” Hjelmbak also defended Lohan’s emotional state before the attack, “She was visibly shaken already at that point. She was shocked. You are in a private space and realize someone has documented the entire night on the phone.” Hjelmbak strongly denied the involvement of any narcotics during the incident, but he was unsure whether Lohan had a “drink or two” before the altercation.

We know we’re always extremely hard on Lohan, but there’s absolutely no excuse for the exploitive and physical violence she had to endure on the night. She’s still a human being, even though she fails at everything important in life. The perturbing Lohan abuse altercation rocked entertainment news media outlets. They all asked the same, much disturbing question, “What is going to happen to Lindsay Lohan?”

Hjelmbak urged Lohan’s fans to “stop focusing so much on her private life.”