Nicole Scherzinger: ‘I Struggled With Bulimia… I Was Disgusted With Myself’ 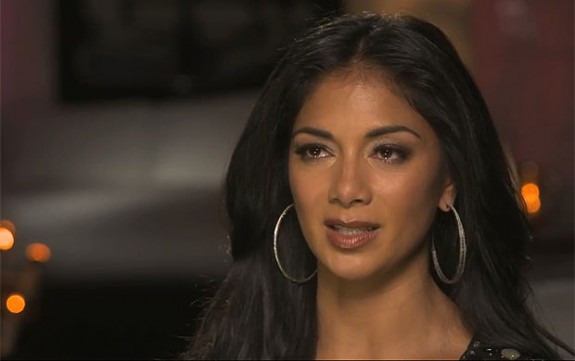 Nicole Sherzinger has said she struggled with bulimia and hurting herself because she was she was unhappy with herself, using the word “disgusted” by her own image. In the revealing interview for her special VH1’s Behind the Music, the singer admits to struggling with bulimia during the time the Pussycat Dolls‘ career started to take off.

“I just hated myself,” she said of her time in the all-girl group. “I really was so disgusted with myself, and so embarrassed. I felt so alone. I was in a group, and I never felt so alone in my life.”

The 34-year-old current X Factor UK judge denied ever taking drugs or alcohol to overcome her problems. Instead, she would hurt herself which later on became an addiction. She says: “I guess it was like my addiction, right?” she explained. “I never did drugs, but kinda doing things to myself was my addiction.

“It’s like when I got off stage, I was on this high, and I’d come back to my room and I’d be alone, so I would just do things,” she added. “My bulimia was my addiction. Hurting myself was my addiction.”

Nicole added that her illness was something she kept away from family and friends, including her bandmates who she thinks knew something was going on: “I did it every day for, like, years,” she said. “Every time I had a second to be alone, I was doing something to myself. You get, like, blisters on your hands or scars on your hands, and I’d try to hide those. I think the girls could tell.”

In the same interview on VH1, we reported yesterday that Nicole had said she sang 95% of the songs from the records that the Pussycat Dolls had been revealed: “I love those girls, they’re like my sisters,” she said. “But people don’t even know the story. They have no idea. I was in the center because I was singing. I was the [only] one singing.”