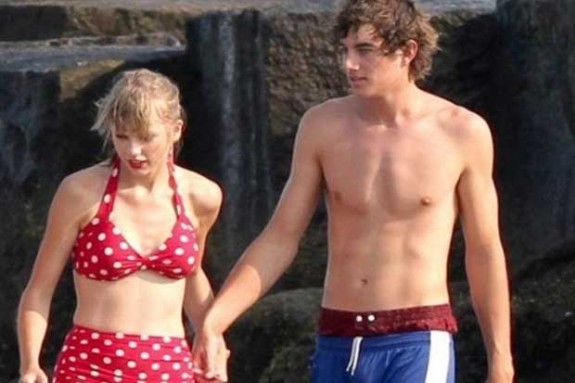 Taylor Swift has reportedly spent $81,000 on a recent shopping spree in London with her boyfriend Conor Kennedy. The singer who is currently in town to promote her latest single, We Are Never Ever Getting Back Together, followed by her upcoming studio album, Red, seemed to have had a blast spending the whopping amount of cash within 5 minutes.

She was spotted at Nottinghill with her boyfriend on Wednesday where she popped into several shops and decided to treat herself and Kennedy to luxurious items: “She wandered into Alice’s [an antiques shop] and dropped £30,000, then went up the road and spent another £20,000,” a source told The Sun.

The insider goes on to reveal the item Taylor supposedly bought for her boyfriend whilst out shopping: “She was only in there for about five minutes. About half of what she bought was for her, the other for Conor. She bought a drawing of a shark, some old medicine bottles and a pinball machine for him.”

Swift has been confirmed to perform at this year’s MTV Europe Music Awards in Frankfurt Germany, where artists such as Rihanna and Lady Gaga are also expected to turn up. Rih-Rih (6)  and TayTay (5) lead the nominations of this year’s bash!