Goodbye For Good: Katy Perry Dumps John Mayer Due To His Commitment Issues 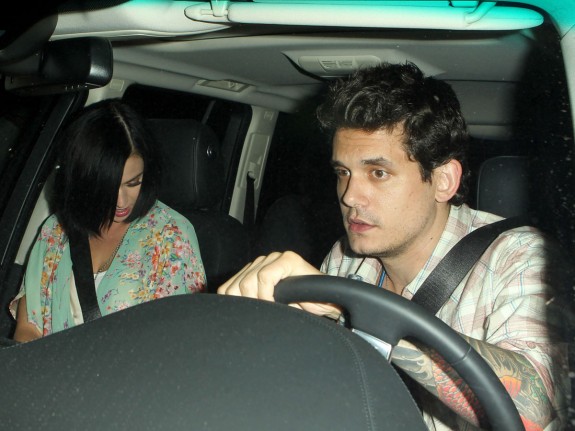 Katy Perry has reportedly told John Mayer their relationship is over due to his commitment issues. The ‘Part Of Me’ singer, who divorced husband Russell Brand nearly a year ago, had been in an on again-off again relationship with Mayer for months but Katy kept pulling the plug because John would disappear for days at times, even weeks, without calling her and letting her know where he was and why he hadn’t called her.

According to Radar Online, John simply used Katy whenever he wanted her company around him — when he didn’t ned her, he would just go his separate way and Perry hated this. The source tells the gossip site that Katy could no longer sit around and wait for John, she wasn’t going to let him get her down again and was sick and tired of being seen as the ‘booty call’ for Mayer.

“John just can’t commit, and he kept luring Katy back with promises that he was going to change, but then he didn’t,” a source said. “Katy was pretty crazy about him, so she kept giving him another chance. John liked Katy, so he wanted to keep her in his life, but it just wasn’t up to Katy’s standards. She needs the guy to be on board 100 percent.

The source added that John would disappear for days, before coming back and treating her good, and then doing the same thing repeatedly over and over again: “She was sick of John disappearing for five days at a time, then booty calling her, then straightening up and treating her well, only to go back to his old behavior a few days later. Finally she was like, ‘Lose my number’.”