Chris Brown Wants To Desperately Reconcile With Karrueche Tran Despite 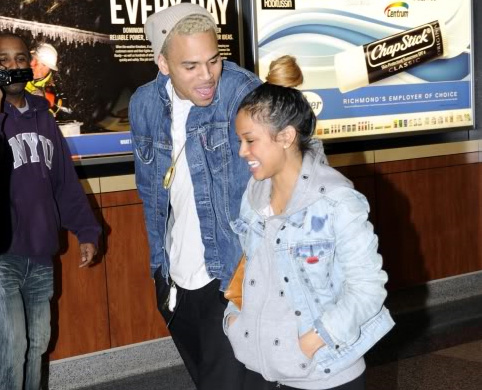 Chris Brown is wanting to get back together with his ex-girlfriend of one week, Karrueche Tran, who reportedly pulled the plug as she started seeing the signs that the singer was hooking up with his former flame, Rihanna. The two were spotted out at Jay-Z’s concert, while Tran was clubbing by herself every weekend, where fans had already noticed the cracks in their relationhip.

But now, Chris is wanting to get back together with Karrueche because he’s realized that Tran has always been very good to him, but what isn’t clear is why he doesn’t want to get back with Rih-Rih — does she not want to get beaten up again by Chris? Ha.

“Chris has been in constant communication with Karrueche ever since she dumped him. She ended it with Chris because he was just blatantly flaunting his dalliances with Rihanna, but now he’s telling her how sorry he is and how much he loves her,” a source told Radar Online.

According to the source, Tran is not looking to reconcile with Chris – no matter how much money he may have in the bank. A lot of people have been hoping to get the socialite’s number since she left the singer and she may just start a new relationship with someone else. The source continued: “She is just too hurt to even go there at this point. Karrueche just wants a break from all of this drama, and she knows that Chris wants whatever he can’t have.”

“Karrueche thinks Chris has a lot of maturing he needs to do, and she can’t trust him. Tran has been getting hit on by tons of guys and her girlfriends are eager to set her up. Karrueche hasn’t given up on love, she just wants to be with someone that is worthy of being with her.”