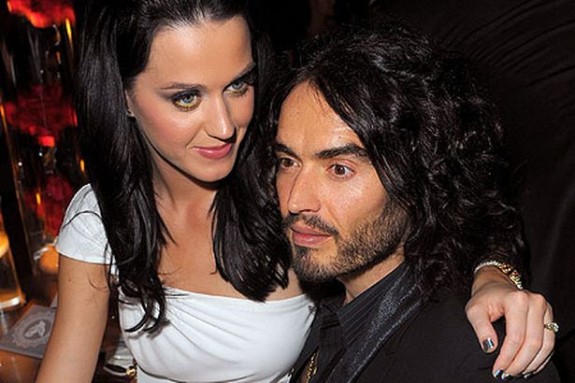 Russell Brand has reportedly invited Katy Perry‘s parents to his 10 years sober party. The comedian, who wasn’t always as calm as he is today — being under the influence of heavy drugs and alcohol, before finally seeking help – has invited many friends, including Katy’s parents, Keith and Mary Hudson, reason being because they have helped him change his lifestyle and become a better person.

Russell was a very good friend to Perry’s parents, while also spending a lot of time with Keith who was absolutely devastated upon hearing that the two were set to get a divorce back in December. According to a source, Russell plans to celebrate his tenth year being sober with the people who have helped him along the journey: “Russell plans to celebrate with all the people who have helped him over the years,” an insider claimed.

“His guest list will include people at the recovery center he attended in London, close friends, family, and Katy’s parents Keith and Mary Hudson. They were really good to Russell during his marriage to their daughter, even when things got messy towards the end. Keith still rings Russell every few weeks to check up on him.”

Meanwhile, Katy plans to celebrate her (what would have been) second marriage anniversary to the comedian — inviting all her closest friends for the party bash: “Katy has been dreading October 23 for weeks now, and has been trying to think of ways to turn it into something positive. It’s her birthday two days later and the last thing she wanted to do was spend that week depressed and miserable, which would then mean not doing anything to celebrate her birthday”