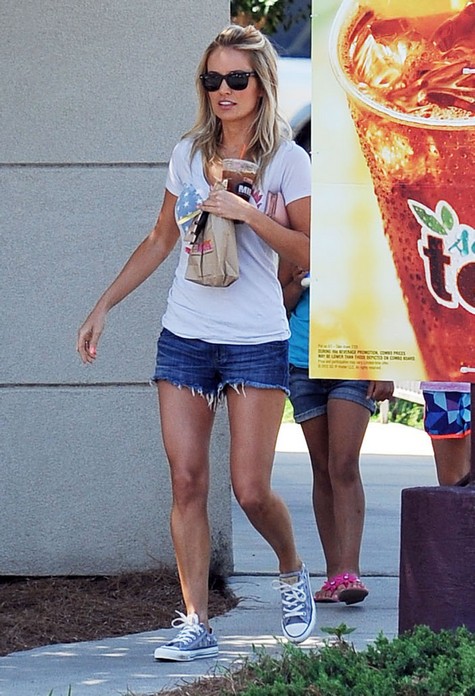 I watched Emily Maynard’s whole season as The Bachelorette and I was invested.  I really liked her and I was pulling for her and whichever guy she chose to be the real deal. I’m usually hit and miss with these shows but in this case, I believed she wanted that husband and family. Well, first came the rumblings of trouble in paradise with Jef Holm. Then came the rumors that she was a cheater which were confirmed by Jef’s own brother. Now we’ve heard that she has basically been bribed by Jef. He’ll play house if she pays up otherwise he’s going to the press with proof that she has been far less than the sweet girl that ABC showed America.

There has been lots of speculation that Emily was just doing whatever it takes to find her way into the entertainment industry and now it looks like that is true. She recently signed on with Cori Pembleton in the LA branch of Authentic Talent & Literary Management.  According to Life & Style Magazine,

“The signing is fairly recent. Authentic is well-known in the business for being a good management company.  This is definitely a sign that Emily wants a career in show business, whether it’s acting, a reality show or hosting.”

So basically, this woman that just wanted a family and supposedly had to be coerced back into the limelight now wants a career in Hollywood.  People don’t just go from one extreme to the other. They either love the attention, consider it a necessary evil or run from it. This sounds like Emily really is a fame whore that fully intended on turning her fifteen minutes of fame into an hour.

Do you think Emily always had ulterior motives or was she really looking for love in the first place? Tell us your thoughts in the comments below!