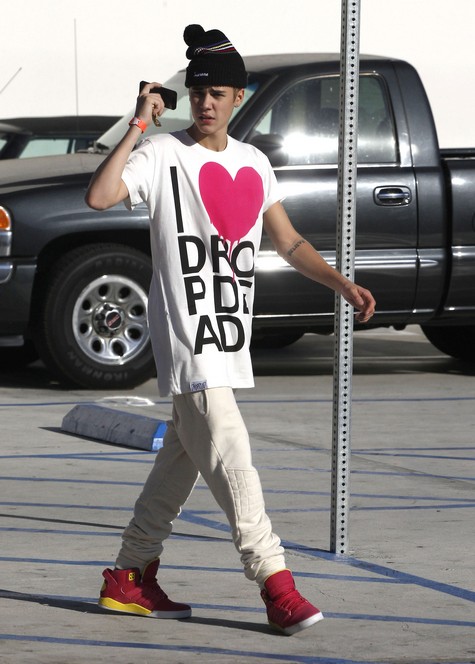 Justin Bieber might be the biggest music superstar on the planet, but he isn’t immune to a prank. According to a latest TMZ report, the Biebs was the latest victim of an infamous 911 “Swatting” prank. Late last night, while the Biebs was being blissfully unaware in the land of dreams and Bruce Jenner nightmares, a moronic prankster contacted 911 via an app and claimed that someone was waving a gun next to Bieber’s Los Angeles home. In true Hollywood drama fashion, police cars, police helicopters and SWAT teams (we’re not one hundred on the last one) were sent to the home of the baby-faced Bieber.

What is a “swatting” prank we hear you ask? According to the Wikipedia page (yes, it has become a cultural phenomenon like Teletubbies and sour worms), “The caller typically places a 911 call using a spoofed phone number with the goal of tricking emergency authorities into responding to an address with a SWAT team to an emergency that doesn’t exist.” We use this CNN interview with Erik Erickson (a victim of the prank) as an example of how far these pranksters will go, “I just shot my wife, so…. I don’t think I could come down there…. She’s dead, now…. I’m looking at her…. I’m going to shoot someone else, soon.” Yes, ladies and gentleman, that’s a real prank phone call. This same “swatting” prank happened to Miley Cyrus and Ashton Kutcher recently and reportedly cost the city of Los Angeles $10 000 for each of these phone calls.

The cops eventually determined that Bieber was the victim of a prank and let the little man-child drift back to a blissful sleep with dreams of unicorns and bad pyrotechnics. We’re not certain whether Bieber was home at the time of the incident, but imagine how terrified the kid must have been if he were home. Boom, bam, SWAT! We’d pee our pants.