Taylor Swift Cheating On Kennedy Cousins: Toyed With Patrick To Get to Conor! 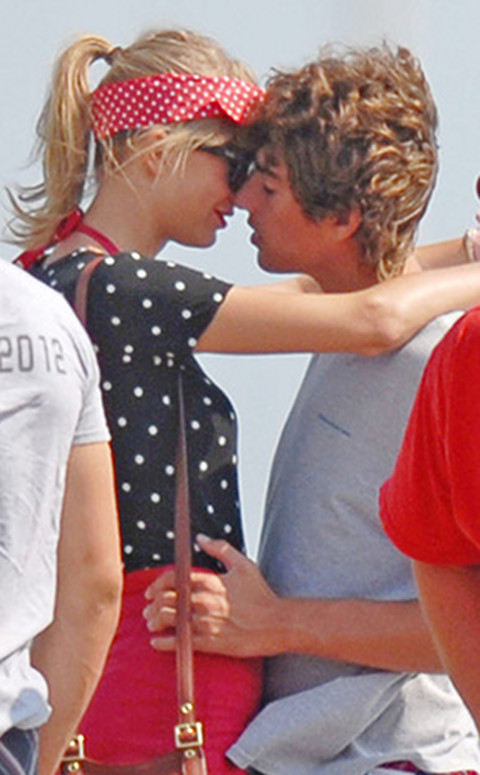 American pop princess Taylor Swift is a man eater, for sure! She normally keeps a low down on the PDA, but she has been all over Conor Kennedy–long make out sessions at the pier, weekend trips to New England bed and breakfasts, she even met him in London while promoting her new album Red and performing at the MTV Teen Awards. They’re acting like two hormonal kids in love (with millions in the bank), but it seems like, for Taylor, this has all been a carefully constructed plan!

Before going public with Conor, Taylor was attached to Patrick Schwarzenegger, a cousin. A family source says that as soon as Conor turned 18, Taylor jumped from Patrick to Conor, only looking back once: at a family party where she and Patrick made out even though Conor was attending. The source confided, “The previous day, she was all over Conor, so she hooked up with two cousins on consecutive nights!” Now, when it’s love it’s love, but this all seems pretty calculated. Obviously Taylor couldn’t be with someone who was underage, and so she got in with the family through Patrick, and used him until Conor came on the market. Conor is a teenage boy, and she is using, dare I say, sexual vices to win him over! She is always so secretive about relationships, but with Conor she doesn’t seem to care about long weekends in hotels or public groping!

The source reports that the family isn’t too thrilled with Taylor’s bed hopping, and that although she thinks she has been super sneaky, they all know her business! “Taylor lost the respect of everyone in the family. They despise her and don’t want her anywhere near Conor or Patrick.” Girl already has it all–platinum records, stacks on stacks, racks on racks (thanks to a boob job), and now she’s treading dangerous waters by going after the barely legals of the family! I think Taylor needs to stop using Conor and find someone her own age who, I don’t know, has graduated from high school!