Prince Harry’s Nudity Is Worth $23 Million 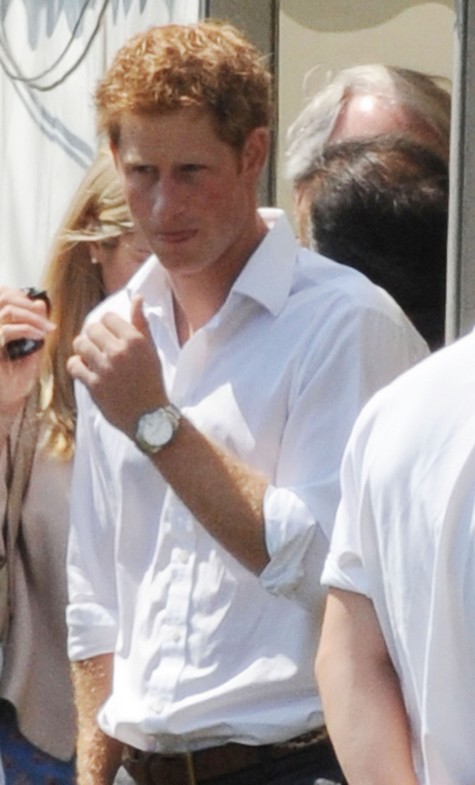 It’s a bird! It’s a plane! It’s Superman! No, it’s Prince Harry’s penis. According to a latest TMZ report, Prince Harry’s penis brought in $23 million in publicity for the city of Las Vegas. Prince Harry’s scandal, where he ran around in his hotel room with a naked woman, has reached an estimated 154 million people worldwide since the story broke back in August.

The Las Vegas Convention and Visitors Authority issued a statement where it said that even though the city has been unable to track the tourism revenue from Harry’s stint, the LVCVA Board Chairman Tom Collins believes it is a massive amount. During a recent board meeting he is quoted as saying, “God bless Prince Harry. He made us a bunch of money.” This could be the most expensive naked man in the history of Las Vegas – a city that is has been labeled as the modern day Sodom and Gomorra.

Interestingly, the LVCVA started a billboard campaign earlier in the summer of 2012 where it warned tourists to know the infamous Las Vegas code – “What happens in Vegas stays in Vegas”. It was a finely-tuned coincidence that someone then broke the code and shared the images of the naked Prince Harry. The timing for the city (and for Harry), couldn’t have been any better.

Prince Harry is currently fighting in the Middle East, even though his naked scandal rocked the world at the core. There was not much hoo-hah after the incident and the Prince continued his day-to-day living with only a few dents to his already tarnished image. What do you think? Do you think Prince Harry’s nudity is worth $23 million smackeroos? Do you think they should make the hotel room a national monument? Let us know all of your Prince Harry thoughts in the comments below.