Taylor Swift Says She Doesn’t Get Down With Alcohol, Prefers Sparkly, Sweet Drinks 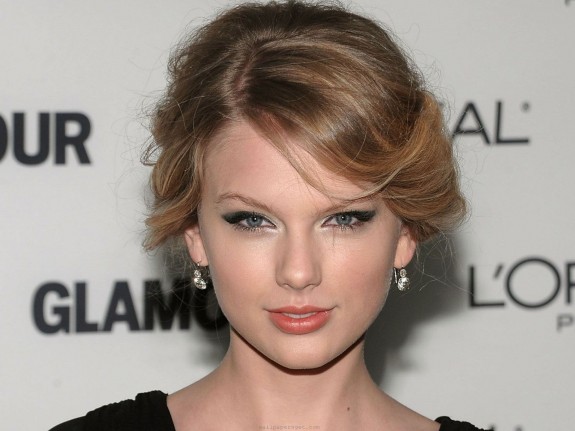 Taylor Swift has said she doesn’t like drinking alcohol, saying if it doesn’t sparkle or taste sweet, she probably wont drink it. The singer who is currently on a European promotion tour, told Esquire she will drink wine from time to time, saying it makes her feel more classy, but anything other than that is a no-go for the pop star.

“I don’t drink much alcohol,” she said. “If it doesn’t taste like candy or sparkles, I usually don’t drink it.” She added: “Wine sometimes, because it makes me feel classy, but not scotch. Not yet.”

While many people who have never purchased a Swift album before may think all her songs are about sad breakups, she continued: “This is breaking news, but there are a few happy songs on this album. I do explore the emotion every once in a while. I’d like to think you don’t stop being creative once you get happy. My ultimate goal is to end up being happy. Most of the time.”

She recently said she would love to have a total of four children: “I want to wait a while, but the idea of pouring everything you are into another person when you become a parent has always been amazing to me. [I believe in love] even after it explodes into a million pieces and burns down and you’re standing in a pile of the ash of what it once was thinking, ‘Why did I have to meet this person, why did this have to happen?’