Christina Aguilera Says She Embraces Her Sexuality… And Her Fuller-Figure 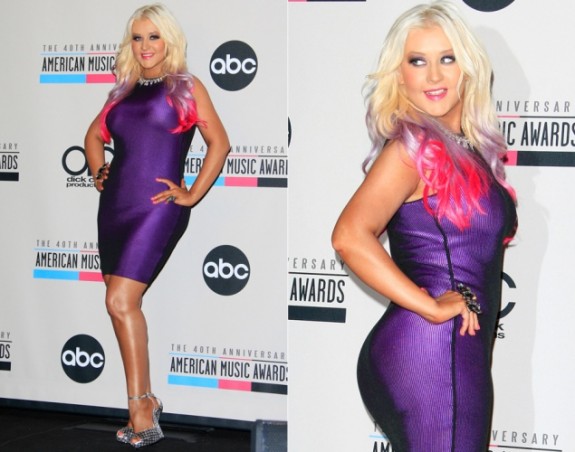 Christina Aguilera has explained that she’s embracing her body and her sexuality more now that she has matured. The singer, who recently released her first single of her new album, Lotus, told The Sun in an exclusive interview that “the hat” she shows her fans is different than to the one she puts on when she’s with her child.

She tells the newspaper: “The older you get, the more important it is to embrace your body and your sexuality. “I really have a good compartmentalising system. I can wear different hats – for example, the ‘artist’ hat. When I’m on that stage and I’ve been in the wardrobe getting dressed up to play a character, I am living out a specific moment in a song.

Aguilera adds that the hat she puts on when she’s performing lets her embrace her sexuality to her fans: “The purpose of it is to come off tongue-in-cheek, or playful, and experience my own sexuality and embrace what I am doing as a woman. That hat is very different to the one I wear when I go home at night and I tuck my son in and I’m singing ‘Twinkle, Twinkle, Little Star’.”

Admitting she has thought about how to explain her raunchy image to 4-year-old son Max, Aguilera said that she is helping prepare him for any negative comments by making sure “he is proud of the individual he is, he is proud of the family he comes from”.

Let us not forget that Aguilera was pretty wild back in her earlier days when she released one of her biggest hits ‘Dirrty’. Asked on how she would explain this to her child, Max, when he grows up, she added: “He has to be able to take on any outside opinions about Mummy being a public figure and the work that I put out there.”

“It’s a crazy thing, it’s an interesting road he has ahead of him, but as I said, I try to keep all the different hats I wear very different so that Mummy’s hat is very different from party hat. It’s a real balancing act for me.”