Jordin Sparks Reveals That Her and Jason Derulo Have Discussed Marriage: ‘It’s Not Something We’re Scared About’ 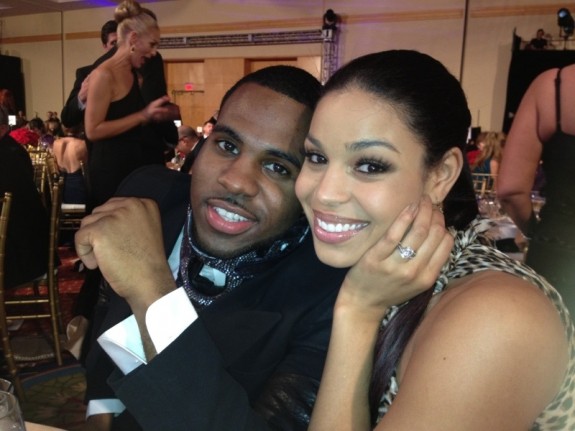 Jordin Sparks – former American Idol contestant and winner – has said that she and pop star boyfriend Jason Derulo have discussed marriage in the past, despite that the two only started dating one year ago. The ‘Tattoo’ singer explained that their marriage thoughts were quickly pushed to the side when Jason broke his neck last year, which tended to be so serious, he needed surgery for it, while Jordin was left shocked after Whitney Houston’s death just months before wrapping up the film Sparkle.

“It’s not a conversation that we’re scared about,” she told Us Weekly. “Before, we both went through tragedies this year – he broke his neck and then Whitney [Houston, whom Sparks worked with on Sparkle] passed – so before it might have been a little too crazy. You really see the people you love and you go, ‘I don’t want to lose you’. So it’s a conversation we have, but we’re not in a rush.”

The singer who has shed 50lbs through healthy eating and a lot of exercising in the last 12 months also told the magazine that she has tried to stay away from airport food when she travels — she’s very picky when it comes to her intake: “It’s been so crazy… that’s where really watching what I eat comes into play,” Sparks explained.