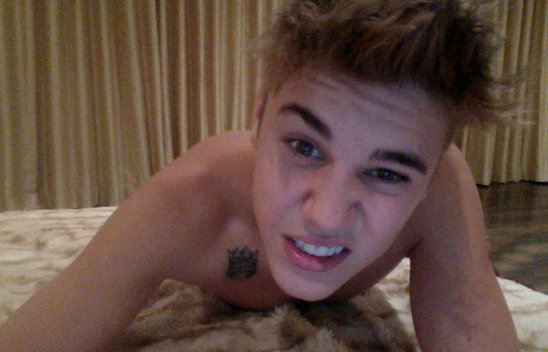 Justin Bieber has made it clear that he’s ready for whatever footage the person who stole his laptop will release. According to user @gexwy – who had leaked two videos of the star allegedly from his laptop earlier this week – Bieber has some very private and personal videos and pictures on that laptop that certainly shouldn’t be seen by his fans. But, it looks like he has no choice but to come to terms with it because they are all coming out today.

TOMORROW. u’ve been warned. should of listened @justinbieber

Justin Bieber
@gexwy no matter what you have and what you post tomorrow i know my fans wont leave me. screw it. #toostrong

and the rest of u can just shutup. u have no idea what i have and when u see tomorrow u will feel different.

Sounds like Justin may have something personal on that laptop after all – besides, why would he have to reply to this user if there wasn’t anything bad on there. The world has already been treated to an alleged picture of Justin Bieber nude, but Justin has denied these allegations, despite the fact that the person in the picture also has a tatto in the same spot the singer has his.

Bieber tweeted earlier in the day: “Sucks when u take personal footage and people don’t respect your privacy,” Bieber tweeted. “Yesterday during the show me and my tour manager Josh had some stuff stolen. Really sucks. People should respect other’s property… I had a lot of personal footage on that computer and camera and that is what bothers me the most. #lame #norespect.”