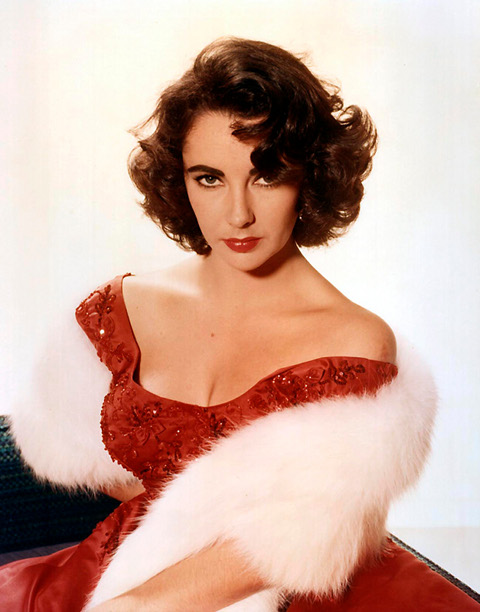 Juicy! Elizabeth Taylor is, undeniably, one of the Hollywood greats. Although she recently passed, we love all her old movies–the glamour, the costume, the eyeliner! A new unauthorised autobiography, Elizabeth Taylor: There Is Nothing Like a Dame, by Danforth Prince and Darwin Potter, is advertised as containing “all the gossip unfit to print from the glory days of Hollywood.” The writers claim that Elizabeth seduced US President Ronald Reagan when she was only a teenager.

Apparently, she confided to a friend, who then sold the story to the authors, “Reagan was treating me like a grown woman, and that thrilled me. We sat on his sofa and I could tell he wanted to get it on but he seemed reluctant to make the first move. I became the aggressor. After a heavy make-out session on the sofa, we went into the bedroom.” I’m sorry, but I have a few objections.

1. When did it become illegal to have sex with minors? And how did this not get dug up to ruin Reagan’s election campaign? Because now having sex with a minor is called rape.

2. Did the terms “get it on” and “make out” exist back then? I just can’t picture a 16-year-old Elizabeth Taylor giggling and telling this to a confidante. Can an etymologist tell us when those phrases came into our vocabulary?

3. She is a young, impressionable girl at this point. How likely is it that she seduced a man 20 years her senior? I mean, jail bait is supposed to be really hot, right? Would Reagan need seducing? What did he expect was going to happen when he invited her over for dinner?

The biography also claims she had a three way with President John F Kennedy and Robert Stack, and affairs with Peter Lawford, Frank Sinatra (which apparently ended with a fake pregnancy and a desperate grasp for marriage), Paul Newman, Tony Curtis, and Errol Flynn. I’ll believe it when sex tapes leak!