Jennifer Aniston Caused the Firing of a Shuttle Bus Employee 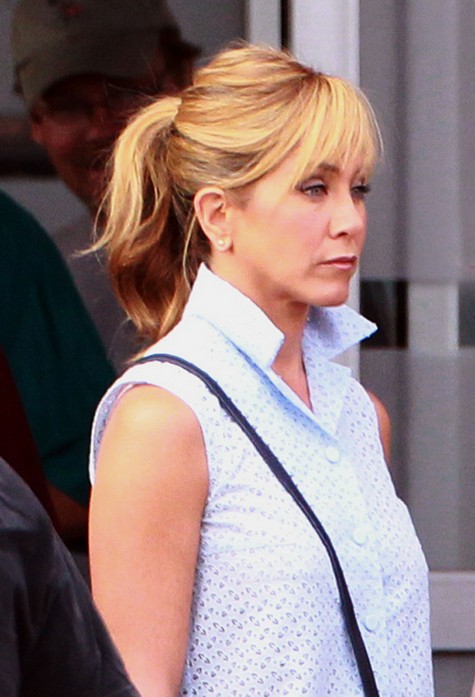 We finally found the proof we’ve been waiting for – the exposing of Jennifer Aniston as a fake bitch and snitch. According to a new TMZ report, an employee of a New Mexico hotel was fired for talking about Aniston to hotel guests whilst she was residing there. What did the employee say about Aniston? If you’re thinking he bitched about the star, you’ll be dead wrong. In fact, Terry Siegler, the fired employee, merely said that Jennifer Aniston was “very sweet.”

Siegler works as a shuttle bus driver at Encantando Resort in Santa Fe, but as of Monday, “he was no longer employed.” Allegedly, Siegler violated the hotel’s confidentiality policy and was sent packing quicker than Kristen Stewart’s virginity. Siegler was shuttling around guests of the hotel who had just caught a glimpse of Aniston. He was asked by these guests whether he had seen Aniston, to which he simply replied that Aniston was “very sweet and much more petite” than he had thought. One of Aniston’s friends overheard the returning guests gossip about the Hollywood star in their midst and immediately went to the hotel management to report the poor Siegler. The hotel management then subsequently fired Siegler this past week.

Siegler claimed that it had always been part of his job to be friendly with guests and entertain them. He said about the Aniston incident, “They brought [her] up first. Was I supposed to deny it?” He is still unsure whether he will sue the hotel for wrongful termination. The GM of the hotel said to TMZ about the incident, “I cannot confirm anything about our employees but I will say that we have a very strict confidentiality policy and we do enforce those policies.”

Siegler’s fired $30 000-a-year job is what Aniston makes a day on the set of one of her films and even though she’s not directly to blame, she still had an opportunity to use her clout as a world famous actress to save a person’s life. What do you think? Is Aniston to blame? Let us know in the comments below.