‘I Want To See His Willy’: Sharon Osbourne Would Have Loved To Sleep With Prince Charles 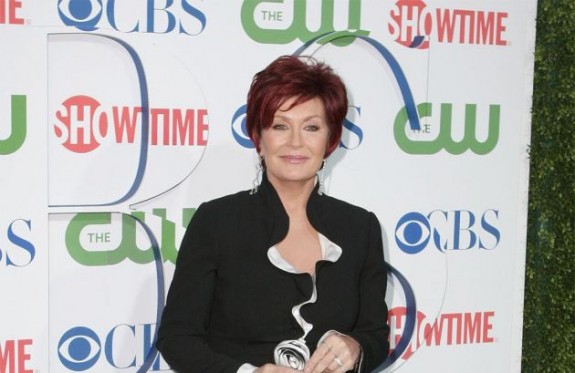 Yuck, yuck, yuck! Sharon Osbourne has said that not only did she wish she was present when Prince Harry decided to go nude in Las Vegas, she would also love to sleep with his father. Sharon gave a juicy one-hour interview to Commercial Radio Australia at the Sydney Convention Center, talking about the time she met Harry in London. She said that when she wanted to quickly head to the bathroom and asked the Prince if he could look after her handbag, he refused:

“I did and he said no – how dare he!” she told the audience. He said, ‘No I won’t’, so I was like, ‘P*ss off! I want to go to the toilet!'” The Talk co-host continued that we wished she was in Vegas to see Harry’s package with her own two eyes, saying she would have grabbed it and kissed it — keeping in mind that this woman is 60-years old. “I was really upset I wasn’t there because I could have had a good old look and a grab,” she said. “Kisses and everything. Harry’s lovely.”

Asked if she has met anyone else in the Royal Family apart from Harry, Sharon explained that when she went up to Camilla, she decided to make a move for her breasts – which she says were very big – before adding that she woud love to see Prince Charles’ old willy. “I’ve felt Camilla’s old titties too,” she admitted.

“I was p*ssed! So I said to her, ‘Ohhh, you’ve got really big tits’ and she went, ‘Have I?’ and I had a feel. I’ve also told Charles some dirty old jokes. I love Charles. I would love to have sex with him. I would love to see his old willy. Gorgeous.”