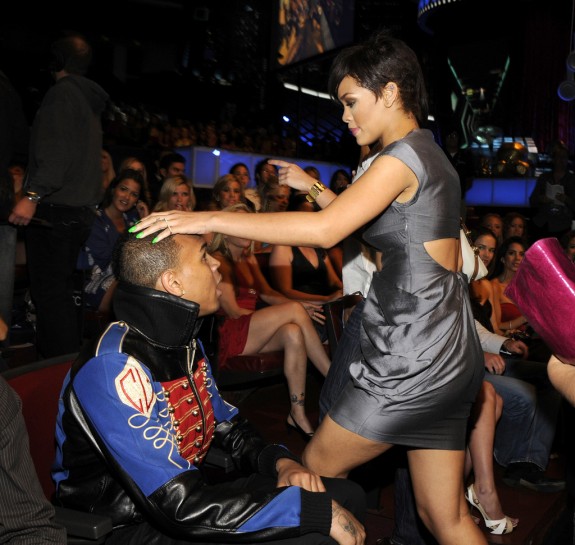 ‘Money comes first’ in Rihanna‘s book. The singer is set to make her relationship with Chris Brown official once she wraps up her forthcoming album ‘Unapologetic’ which is set to release in November. Rih is scared that if she comes out and says she’s dating Chris before her record comes out, it could affect the sales of her album as a lot of people, including her fans, have been against her reconciliation with the man who beat the living daylight out of the star in 2009.

Though we shall always forgive people who tend to make mistakes, Rih’s fans just can’t – maybe if the pictures that were leaked of Rihanna’s face after the incident hadn’t hit the internet, people wouldn’t have reacted the way they did. According to sources, the singer needs to get her paper before she can even think about getting back with Chris: “She’s hitting the studio real hard these days, but [talks] to Chris every step of the way,” a source toldHollywood Life.

“As soon as she finishes up with this album, they will be out. She gotta focus and get that album together and stay paid,” the source continued. Meanwhile, two weeks ago, Chris made it official that he will no longer be with his former girlfriend Karrueche Tran, due to his “close friendship” with Rihanna: “I have decided to be single to focus on my career. I love Karrueche very much but I don’t want to see her hurt over my friendship with Rihanna,” Brown said in a statement.