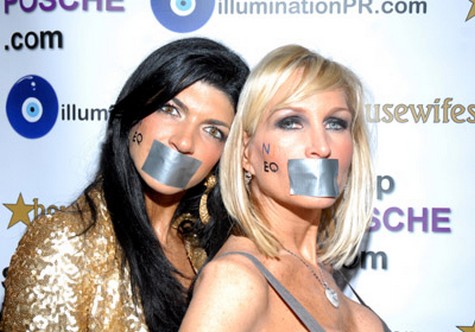 The Real Housewives of New Jersey reunion show carved open old wounds and blew the reality television’s latest season to epic heights. The infamous fashion show that almost brought down Melissa Gorga was laid bare like the breasts of a Brazilian during the final reunion episode. A RadarOnline report revealed the details behind the stripper scandal and Kim DePaola’s claims that she instigated the revelations.

Kim revealed that she was targeting Melissa Gorga for revenge. According to her, “Something happened in my business with Melissa. She promoted another business that had the same spelling as me and I was annoyed. People at the salon said, ‘My friends owned a club and Melissa used to work there.’ Bingo! Listen, I’m a little revengeful and when I got this news I asked Teresa [Giudice] to come to the salon with me.” Most of the RHONJ wives blamed Teresa “Salmon Faced” Giudice for the stripper scandal that rocked the Gorga-Giudice family to the very core. According to Kim D, Teresa knew that she wanted revenge on Melissa, but wasn’t completely sure of the details, “Did she know something was going down? Yes. Did she know exactly what? No.”

None of the rich bitch housewives have forgiven Teresa, but they at least accepted that Teresa was not part of the stripper drama. The scandal, labeled by many as “Strippergate”, implicated Melissa Gorga as once having worked in a seedy stripper joint in New Jersey. Jacqueline Laurita has since the airing of the reunion show taken to Twitter and expressed her disbelief in Kim D’s story. According to her, Giudice wasn’t an innocent bystander.

What’s wrong with strippers? Nothing. What’s wrong with RHONJ? Too many issues to mention. Let us know your thoughts in the comments below. Who is to blame for the biggest scandal of them all? Do you think Giudice is as half-innocent as she claims?