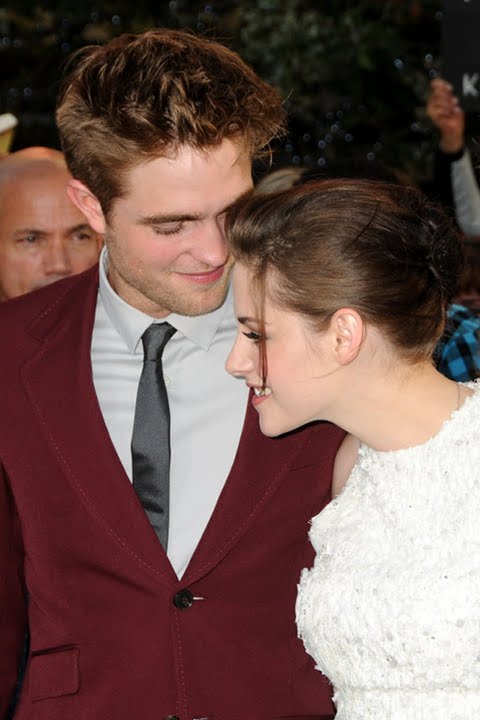 I have to say, if their relationship were a showmance, you’d think their handlers would demand more public appearances, and fewer dinners at super-exclusive clubs! Whether or not you think they’re in love, you can’t deny the crazy summer they’ve had–the affair, the U-Haul, Toronto, James Franco, and so many awkward laughs from Rob during talk show appearances! The sparkly vampire couple is finally (maybe) back together, and a source confirms that Kristen Stewart and Robert Pattinson had an intimate dinner on Saturday night at Chateau Marmont. US Weekly reported that the pair arrived together for a friend’s birthday. Apparently the party wasn’t that thrilling, because the source confirmed they “snuck into the garden from a private side entrance.” They were also “whispering very close and intimately.” Probably to keep the sources from reporting even juicier news, but still!

So why all the secrecy? Could their handlers be forcing them to keep it on the DL until the Twilight: Breaking Dawn Part 2 promotional tour starts at the end of October? Maybe they want to come out with a bang. A friend reported, “They’re afraid of backlash, so they’re keeping things on the down-low.” Admirable, sure, but will it help the franchise to be so quite and stealth, or do we need to see them hanging off each other, madly in love? If their romance is supposed to parallel their Twilight characters, I’d say this is a twisted version of New Moon, after Robert (ahem, Edward) unveils his weird looking nipple, tries to commit vampire suicide, and then they’re suddenly back together. I’m sure they’ll be questioned mercilessly during their talk show appearances in a few weeks. I guess we’ll have to wait to find out exactly what Kristen did or said to redeem herself. Until then, we’ll keep passing along their nuzzling expeditions.