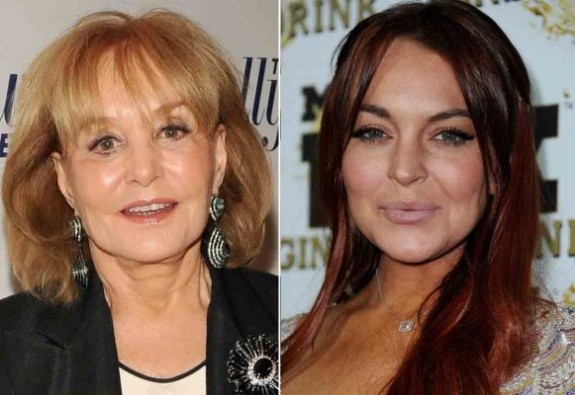 Another interview? Ugh. Lindsay Lohan has reportedly agreed to sit down with Barbara Walters for a tell-all interview, which the two will film within the next few weeks, before it airs early November (note that Lindsay’s movie Liz and Dick is coming out on November 25h so it’s great publicity for her and the film). Lohan will not only discuss how her life is supposedly just like Elizabeth Taylor, but she has also agreed to talk about her troubled parents who have been making headlines these past few months.

While her father, Michael Lohan is expecting another child, her mother Dina Lohan has been acting up on interviews such as the most-recent one she did with Dr. Phil. According to sources, Dina was totally wasted and just last week, Lindsay told her dad – on a recorded phone call – that her mother was doing cocaine, which she later took back after calling in to TMZ, saying she was lying and made it up. Yeah right.

She tells the celebrity gossip site: “I’m really regretful about the argument I had with my mother and it being made public,” said the actress. “Mothers and daughters fight. You know, I called my father and told him some really hurtful and untruthful lies about my mom. My mom does not do cocaine, clearly. And that’s a fact.”