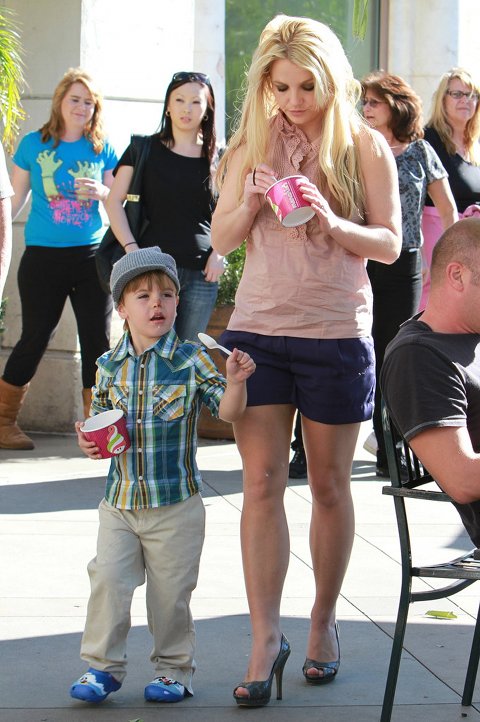 It’s weird to say it, but Britney Spears may be innocent in all of this! An upcoming legal hearing will determine whether or not the court-ordered conservatorship has been damaging to Britney and her family. Remember in 2008 when Britney went a bit cray cray and her dad and manager (now fiance, Jason Trawick) stepped in, gaining legal control of her? The conservatorship basically made it like Brit was a minor again. A former nanny Lourdes Torres is going to take the stand to testify that the order has been emotionally devastating to Britney.

A source explained, “Lulu (Lourdes nickname)  is going to be called as a witness by Sam Lutfi‘s lawyer to testify about what she witnessed when she was a nanny to Britney’s two children, in the months after the conservatorship was put in place in 2008. Lulu will testify that she believes Britney was being emotionally manipulated in the conservatorship and will blow the lid off of what was really going on with her. Lulu ended up quitting her job because she was so disturbed by what she saw was happening to Britney.”

Britney’s former manager Lufti is suing the family for comments made in mom Lynne Spears‘ book, claiming it was in breach of contract, libel, and defamation. Lulu will be testifying against the Spears family as a witness to Lufti. Britney is reportedly terrified she will be called on to testify. Since it is a civil and not criminal trial, she can’t plead the fifth.

So, if Lulu is so concerned about Brit, why is she only speaking now? The source explained, “Lulu signed a non-disclosure agreement so she has never been able to go public with her concerns for Britney, however, the NDA doesn’t cover a court of law and Lulu is ready to testify. Lulu’s testimony could have significant impact on the jury because she spent a great deal of time with Britney and her parents after the conservatorship was put in place. Lulu isn’t after money, she just wants the truth to come out and it will be shocking.”

I’m sure it will be, but it’s a shame she has to be working against the woman she’s so concerned about. I think she’s after 15 minutes of fame. Once it’s legal record she should be allowed to comment on it, and then the talk show offers will come pouring in! Poor Britney–she just wants her life back! Leave Britney alone!