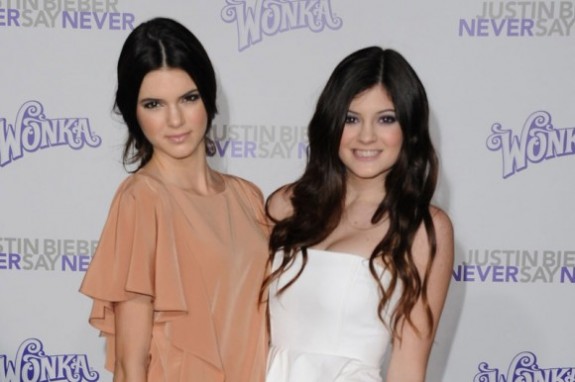 Kendall and Kylie Jenner have made it clear that college is not something that they are looking into, considering that the two are already making millions and neither of them have surpassed the age of eighteen yet. From nail polish to their modelling career, the two girls are cashing in money everywhere they go, and now they’re hoping to expand their own brand by launching their clothing line.

The Jenners are hoping to follow the footsteps of their older sisters, Khloe, Kourtney and Kim who have successfully launched their very own clothing line, Kardashian Kollection, with Sears. Though it’s only available in the USA as of right now, the company have confirmed a worldwide launch by next year.

The two sisters are working closely with Majestic Mills to create their own clothes that would appeal for teenage girls who they can relate to, reports WWD. Pants, sweaters, t-shirts and shorts are some of the things that that the two will be working on — alongside debuting their jewellery collection next year.

Their clothing line is to debut in Spring 2013. …and Kris Jenner will also collect 10% from them for whatever they make.