New Kristen Stewart and Robert Pattinson Photos Together Do Not Lie – The Fake Couple Is Being Exposed! 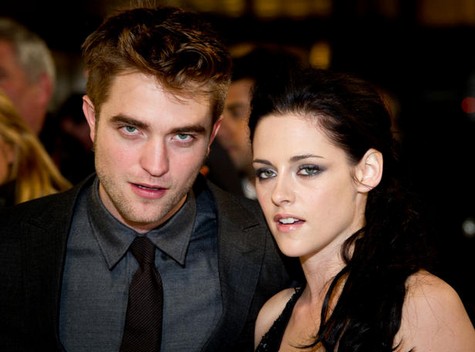 Kristen Stewart and Robert Pattinson have been spotted with increasing frequency over the past couple of weeks. However, Celeb Dirty Laundry is always on their tail and  leaving no stone unturned, no smirk unnoticed and no bitch-face-ugh-moment untouched. We’re always there, one step ahead of the couple made in La-La land. We all know by now that Stewart and Pattinson were forced back together by Summit Entertainment for the Twilight franchise finale.

They will be traveling to separate publicity locations during the marketing tour, which will culminate in a star studded premiere at the Odeon in London in early November. Stewart claims that she “fears for her life”, so will be traveling on a separate itinerary than the rest of the cast. This is the biggest B.S. ever, but scores of fans are still buying into the faux-hope story created by a brilliant mind at Summit.

The past couple of days, Stewart and Pattinson were spotted out and about, but neither of them looked cheerful, interesting or interested. The gaunt faced Pattinson stuck to Stewart like cheapened Scott tape, while Stewart, on the other hand, seemed to enjoy her moment in the failed spotlight and relished the fact that she was forced into her old relationship.

The poor Pattinson looked like an abused housewife who just couldn’t seem to break the shackles that bind him to the paranormal entity we call Kristen Stewart. Unfortunately, for both of them, Summit Entertainment will drop them quicker than a bag of dead Lemurs after the Twilight franchise is finished, so we wouldn’t be surprised to wake up one morning and see the remnants of a showmance lying naked on the floor littered with tabloid fodder. Pattinson and Stewart have become caricatures of their former selves, devoid of self-respect, talent and/or a future as a power couple. We don’t claim to be conspiracy theorists, but slap us with a breast and call us Steve if this “relationship” is real.

What do you think? Do you think their relationship was concocted in an entertainment lab? A picture always says a thousand words, but their snaps say “OMG-get-me-out-of-here”. Let us know your thoughts in the comments below!

Check out the photos below!