Rihanna Set To Turn On Christmas Lights In London For £5Million 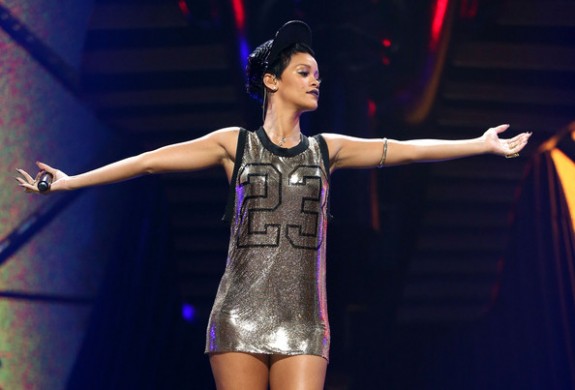 Rihanna is getting paid, and when we say paid.. she’s getting paiiiid. Not only is the singer releasing her anticipated forthcoming studio album ‘Apologetic’ next month, RihRih has signed up to turn on the Christmas lights in London later this year for a whopping £5 million. Rih, of course, didn’t refuse an amazing offer like that — a couple of millions to turn on the lights, sounds easy right? Well, she also agreed to give a “short concert” to the 20,000 fans that will show up at the event.

“Rihanna’s thrilled she has been asked again. She knows it’s a big deal and is totally up for it – if it fits in with her schedule,” a source told The Sun. “Westfield have had a great year due to the Olympics and want to fork out to celebrate. Even though the final contract is still being thrashed out, they’re prepared to pay up to £5 million for her.

Rihanna who also turned on the lights two years ago in 2010 for “millions of dollars” was asked to do the event again because she tends to attract the most people, while Spice Girls were also in talks: “Organisers are expecting around 20,000 people to swamp the park. The Spice Girls were also discussed but Rihanna came out as the artist of choice.”