Alessandra Ambrosio Will Be Wearing A $2.5 Million Fantasy Bra At The Victoria’s Secret Runway Show 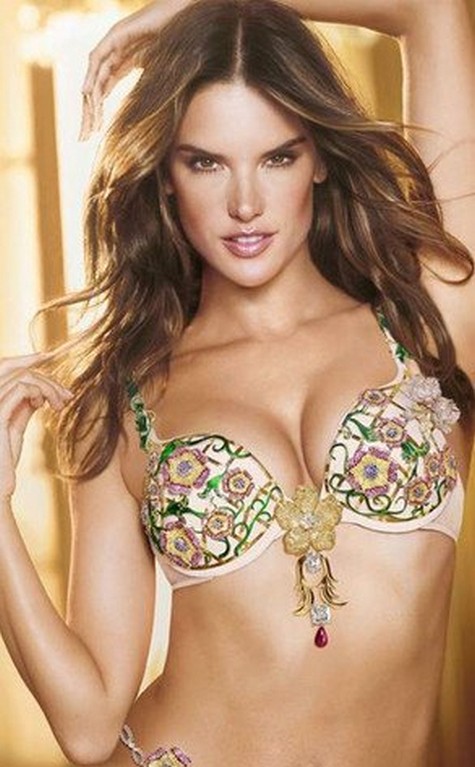 What’s the most expensive bra you’ve ever worn? Was it $30? Was it $100? Was it $1000? If you chose a, b, or c, you’re still not even close to the coveted $2.5 million “Fantasy Bra” which will be worn by supermodel Alessandra Ambrosio during the upcoming Victoria’s Secret show. Usually, the expensive bra wearing girl is kept under wraps until the airing, but this year the girl (Ambrosio) was shown wearing the super expensive piece of underwear in a YouTube preview. This clip has since been edited out of the preview, clearly proving that someone messed up badly over at the Victoria’s Secret HQ. Not so secret, now are we?

The famed jewelry company London Jewelers created this expensive lingerie and reportedly planned to reveal that Ambrosio was the chosen one at their Soho store in NYC this coming Thursday. Ambrosio has since tweeted, “I am so honored to be wearing the Fantasy Bra in the #vsfashionshow! Can’t wait for you all to see it in the show!”

Ambrosio is one of the most sought after supermodels in the world. Brazilian born, this exotic beauty has been one of the top Victoria’s Secret models for the past several years. She was the first spokesperson chosen for Victoria’s Secret “PINK” line back in 2004, and in 2005 the supermodel walked the Victoria’s Secret runway show wearing lingerie made only from candy – please note that eating candy from the body of a supermodel is considered illegal in most countries. In 2008, Ambrosio was selected as the second most desirable woman in the world in the official “Top 99 Women of 2008” poll by Askmen.com.

This will be the 8th year that Ambrosio will be involved in the Victoria’s Secret runway show airing on the 4th of December on CBS. Would you walk around with a $2.5 million bra? Do you think it’s a ludicrous value? Let us know all of your bra thoughts in the comments below.

Jessica Hart Fired Or Not Fired From Victoria’s Secret Over Taylor Swift Diss?

Alessandra Ambrosio: Baby No. 2 Is On The Way