‘Excuse Me, I’m Pregnant’: Mel B Slapped Simon Cowell After He Called Her Fat 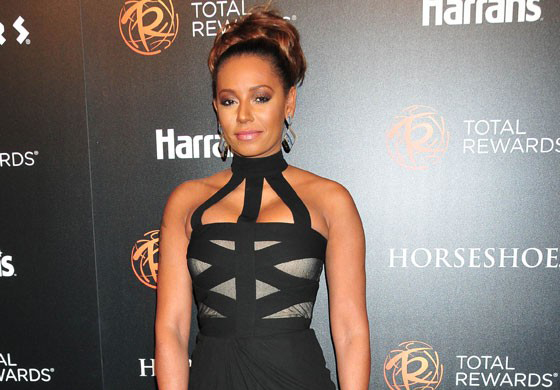 Former Spice Girls starlet Mel B recalled the day she gave Simon Cowell a nice fat slap around the face after calling her fat whilst pregnant. Melanie who works on the Australian version of X Factor as a judge, said the two had gone out for dinner one day when Cowell continuously ordered more and more food to the table on purpose, suggesting that Mel would eat it.

“I kept saying to him, ‘Excuse me, I’m pregnant – do not be like that with me’, and then at the end of the meal he called me fat. So I just slapped him,” she told The Sun. Though she may have slapped him, the two are very good friends – in fact after Mel guest-judged the UK’s X Factor and receiving a great response from the viewers, Simon and producers may ask her back for a permanent role.

In the few episodes that Mel was featured in, she gave harsh criticism – yet told you straight away if you sang terrible or not. Her facial expression were funnier than Britney’s we must say. Ha. “Mel was our first choice,” a source said. “She was so quick and honest. You can’t let everyone down gently or the praise is meaningless. There’s a lot of money on the table for her next year.”