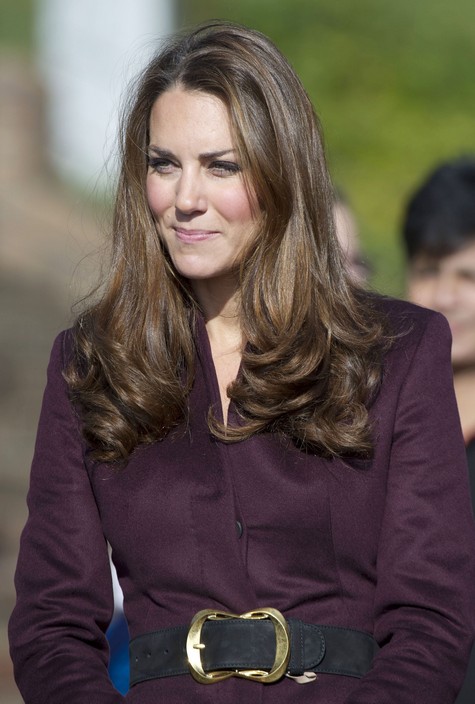 There’s an all out war between two of the most recognizable royals in the world – Kate Middleton and Lisa Marie Presley. The future Queen of England and the King of Rock & Roll’s daughter are in a mudslinging contest after Presley refused to enroll her twin 4-year-old daughters in the British education system. A source at National Enquirer – the magazine that broke the story – revealed, “Kate is livid that Lisa Marie refuses to send her children to an English preschool. She thinks it’s outrageous and certainly in poor taste that Lisa Marie lives in England, but doesn’t trust the country’s schools. She said if England is good enough for Lisa Marie and her family, then surely the educational programs should be perfectly adequate for her kids.” Uh-oh!

The Duchess of Cambridge is so pissed off at Lisa Marie Presley that she has banned her from attending any official royal functions. Presley, her husband Michael Lockwood and their two daughters, Harper Vivienne and Finley Aaron, are currently staying on a $14 million estate in Rotherfield, East Sussex, but they’re still refusing to send the twins to school at 4-years-old.

Presley is quoted as saying during a recent interview, “That’s the age they start in the States. I just don’t want to shove them off so early. I’m stunned when I see the age range. I don’t want to lose them that quick.” Kate, on the other hand, is not so sure about Presley’s admirable helicopter parenting. The source revealed, “Kate knows things are done differently in the UK than the United States, but she’s convinced that children in England are more self-sufficient and capable than kids in America. Kate hopes someone persuades Lisa Marie to enroll her children in school early. And if she does, Kate will consider lifting the royal ban!”

Should this story be believed? Will Kate Middleton, the future Queen of England, resort to these tactics? Let us know your thoughts in the comments below.