Pippa Middleton Put On Short Leash After Kate Middleton’s Topless Pictures Released, Will Anyone Buy Her Book Without Tour? 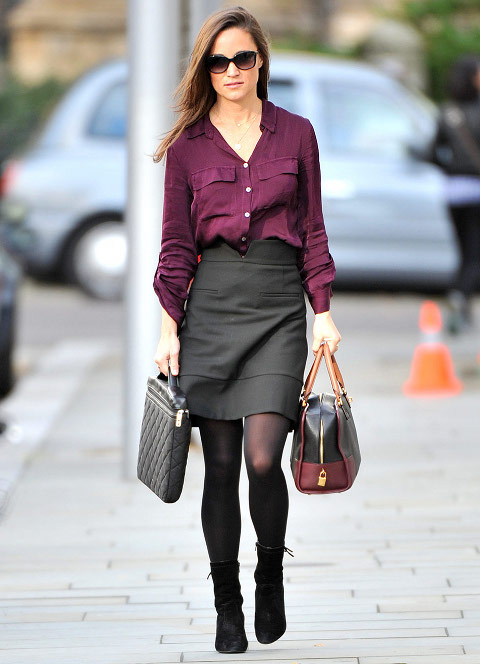 Whoever said being sister to the future queen consort was easy lied, and was probably trying to sell you something. While I’m not sure if the leash is imposed by law or unofficial royal family rules, I do know that the one Pippa Middleton‘s been put on isn’t quite long enough to stretch across the Atlantic. Girl has some smart people working with her for the publication of her party book Celebrate: A Year of Festivities For Family and Friends, and they were totally counting on the fame of her arse and her royal sister to sell books, but no such luck. The Globe and Mail reports that, following the scandal of Kate Middleton‘s exposed tittays, Pippa is being confined to the British Isles, and no book tour is allowed!

Her tour would have included interviews with Oprah Winfrey, Ellen DeGeneres, and Anderson Cooper (at least). Considering that royal followers have rarely heard Pippa speak, this would have been a ground breaking event. Pippa was also looking at quite a bit of independent money–remember the young socialite doesn’t have a real job, but instead writes the blogs for her family’s party supplies website. Unfortunately, her handlers fear she will be asked about her sister’s boobs (because, what is more important in the world right now?) and that possible discussion will just revive the tabloids. A source explained, “If Pippa is quizzed about Kate’s topless pictures, then whatever answer she gives will generate more news about the matter, and upset Will and Kate.”

But how selfish can Kate be? It isn’t all about her! Time for Pippa to step out of her shadow and make something more of herself than a classy socialite with a fabulous Pilates body and an annoying habit of competing in triathlons and cross country skis across Sweden! Apparently her publisher, Viking Press, isn’t thrilled with the cancellation. What was slated to be the super lucrative book by the sister of the world’s luckiest bride is nothing without a tour. Another source explained, “They have tried to get Celebrate serialized in the States, but no one is interested in that. They just want a piece of Pippa.” It’s totally true. Bring us Pippa or bring us death! Well, not quite that extreme–but wasn’t she supposed to move here anyway to avoid European scandal? Will you buy her book? If we all agree not to, and it flops, she’ll have to do a promotional tour, right?