‘Whatever Makes Her Happy’: Rihanna’s Father Is Fine With Chris Dating His Daughter Again 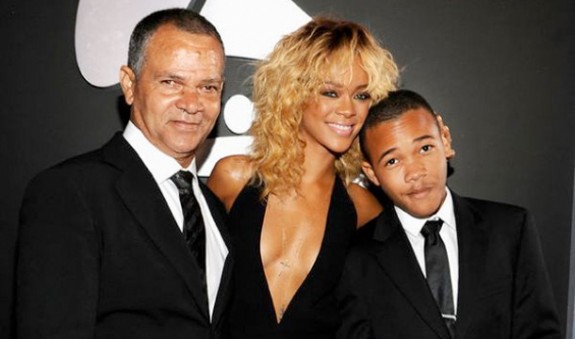 Rihanna‘s father Ronald Fenty has said that Chris Brown is a super guy, and if Rihanna wants to get back together with her former boyfriend, he is willing to accept her decision because he has forgiven Chris for his actions and so has Rihanna. Ronald, who has a estranged relationship with his daughter, tells The Sun that when he first met Brown, he was very respectful and Ronald knew he was a good guy, excluding the incident that happened in 2009.

“Whatever makes her happy. I hope one day she will get married. Everyone adores Chris, he’s a super guy,” The Sun quotes him as saying. “The family loved Chris Brown before they met him. I always thought he was extremely talented. He is a good person and always gave me great respect.”

Sources say that Rihanna may even go on to marry Chris, knowing that she has never gotten over him – who also was her first real lover: “I wouldn’t be surprised if she married him just to show that she and Chris don’t care what anyone thinks and can do whatever they want,” a source said. “It’s kind of scary. Their reconciliation has already upset her friends and management. They’re an explosive combination.”

It was recently reported that after Rihanna releases her album ‘Unapologetic’ next month, she will go public with her relationship to Chris. She says that it’s best for her to share the news after the release of the record as she doesn’t want her personal life to affect her album sales, seeing that many Rihanna fans still haven’t gotten over what went down three years ago.

What do you make of Chris Brown and Rihanna getting back together!?