First He Vomits, Now Justin Bieber Is Falling Down The Stairs At Concert – VIDEO 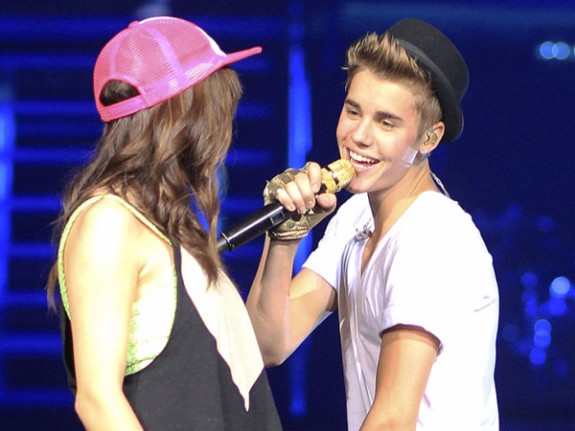 It’s always something new with Justin Bieber, isn’t it? Ha. The 18-year old singer made sure his fans got their money worth when he had another slip-up moment on his ‘Believe’ tour, which is currently held in Canada. Whilst singing ‘Beautiful’ with Carly Rae Jepsen, the singer made his way down the stairs when he suddenly slipped right on to his bum while Jepsen tried helping the singer get back on to his two feet.

Luckily, there was no playback this time, Justin was singing, unlike three weeks ago when he also made his way down the stairs before vomiting on stage – blaming the milk and pasta he had before the show for making him feel sick. In case you weren’t aware, Carly is supporting Justin’s North American and Canada shows, which makes perfect sense considering that they are both canadian. Ha. Canadian Power!

Last week, Justin broke the VEVO record for most views in a single day (24 hours) with his latest video, Beauty and a Beat, featuring Nicki Minaj, gaining 10.4 million hits. The song which was supposedly going to show secret footage from his laptop was later said to have been a publicity stunt by the singer who tweeted that he wanted to get in on the prank since the media always write untrue things about him. In other words, it was payback time.

See Justin fall on his butt below!