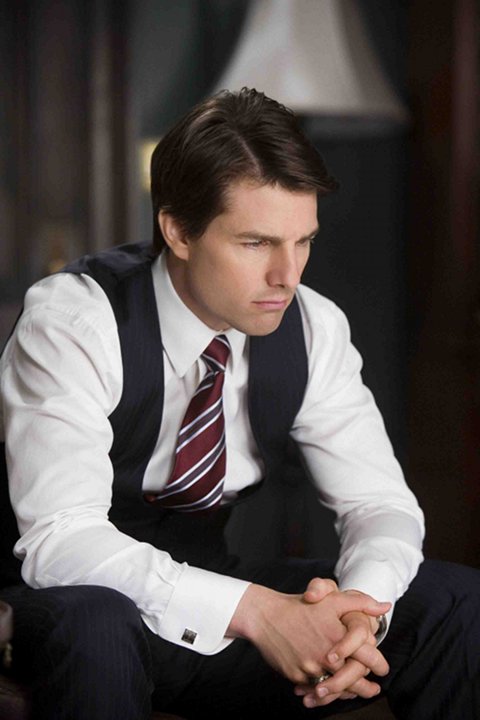 There is something so unattractive about using women, abandoning your kids, and being part of a crazy cult. It’s no surprise to learn that Tom Cruise is going through a total personal crisis while filming in London. The once A-list celebrity hasn’t done much for his resume lately, and it’s starting to dawn on him that the sun is setting on his reign of terror. The newly divorced Tom has been struggling to keep his cool, sources report. Apparently he wants to look young and hip, and has been partying in London trying to better his image!

In Touch reported, “Spotting one of the most famous movie stars on the planet is cause for excitement, so it’s no surprise that when a young clubgoer ran into Tom Cruise at exclusive London hotspot The Box, she took to Twitter. But her reaction wasn’t what the Mission: Impossible star might have hoped for. “Tom Cruise grosses me out,” she tweeted on Oct. 6. “He’s so weird!”” His personal life is dead, his last movie flopped, and now his fans are abandoning him in his hour of need!

Tom hasn’t seen his daughter Suri in two months. Suri is living with mom Katie Holmes in New York City. So has he abandoned his daughter? His lawyer, Bert Fields, released a statement. “Tom is a loving, caring father. Suri is a vital part of his life and always will be. Of course he’ll be seeing her soon. He’s in England finishing one picture and preparing another.” So maybe they’re having father-daughter Skype dates?

What do you think of The Fall Of Tom Cruise? Can he make a comeback? Does being a celebrity make it okay to abandon your 6-year-old daughter for months at a time? I don’t think so, but maybe there’s some crucial information that I, as a non-celeb, can’t know. In any case, Tom is getting old. It may be time to duck out of the spotlight and work on his personal life!