Kelly Osbourne Covers Fabulous Magazine, Recalls The Day She Wanted To Kill Herself 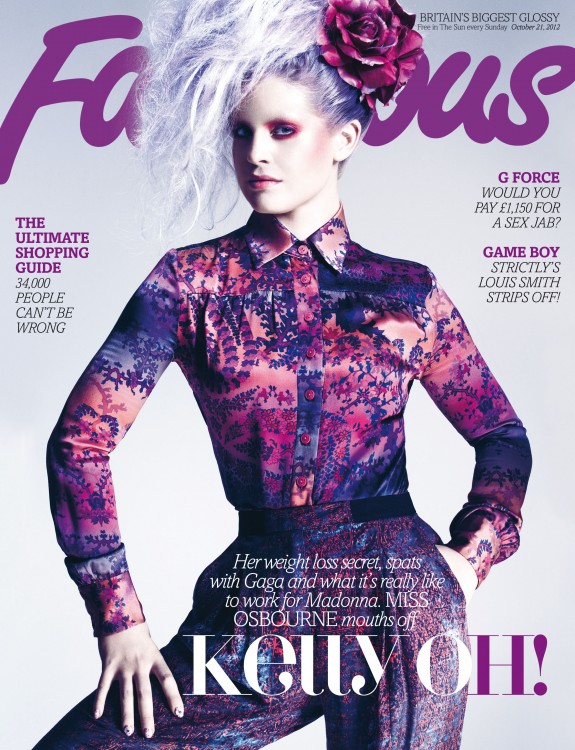 Kelly Osbourne says that her heavy drinking and drug-addiction became so bad that she felt so unhappy, she wanted to commit suicide. The Fashion Police co-host who is covering next month’s issue of Fabulous wearing all-purple, explained her past: recalling the time she flew out to Los Angeles to seek help in rehab and just 6 months later her life changes when she signed on to do Dancing with the Stars.

She told Fabulous magazine: “I woke up one day and wished I was dead. I wanted to kill myself. I had a period where I behaved really badly, I was a complete arse, but I was incredibly unhappy, incredibly messed-up.”

Kelly explained how she managed to get back on track after the media in the UK had released pictures of the socialite buying drugs in a public area. Kelly explained: “I left London and I went home to LA. I went to rehab, I had therapy and basically I just grew up. I’m the thinnest I’ve ever been and the healthiest I’ve ever been.  The totally insane thing is that I’m a UK size four to six and people still say I’m fat.”

Not only is Osbourne happy and healthy, she’s also found a new boyfriend who she says accepts her for who she is. Kelly and chef Matthew Mosshart who have been dating for months, have been spotted going to manu places together — he was even invited to Kelly’s brother, Jack Osbourne’s wedding earlier this month. Kelly added: “He’s amazing. I couldn’t believe he truly liked me because I never think people ever could, but I’m so happy.  I don’t think I’ve ever really known what love is like before.”