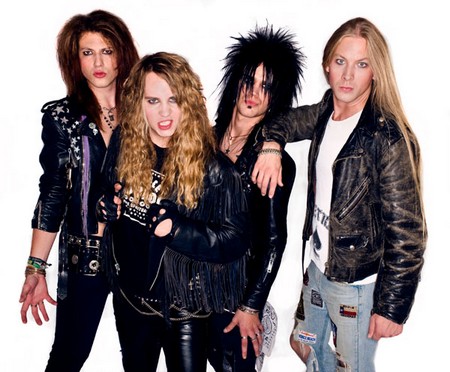 Diana Tamayo (No, not the sister of a tamayo sandwich) pled no contest today for her role in The Burglar Bunch and the burglarizing of Lindsay Lohan’s home. She was placed on three years’ probation and will not serve any additional jail time. Tamayo shot to infamy in late 2009, when a group of burglarizing teenagers broke into the homes of Orlando Bloom, Lindsay Lohan, and several other well known celebrities.

Their stint as part-time burglars sent several of them to prison, including the Pretty Wild star Alexis Neiers. Rachel Lee, the alleged mastermind, was sentenced to four years in jail, while Nick Prugo pled no contestant and will be sentenced in November. Roy Lopez Jr. and Courtney Ames are also due in court next month for their part in the hooligan group.  According to TMZ, Tomayo was sentenced to 10 days in a county jail and ordered to perform 60 days of roadside trash duty. A hearing is set for the 8th of November to determine how much restitution Tamayo will pay.

The Burglar Bunch, also known as The Bling Ring, broke into the homes of celebrities during a one year period. They stole more than $3 million in personal belongings from famous film stars. Allegedly, over 50 homes were targeted for a potential burglary, while only a few were decided upon in the end. The burglary spree is seen as one of the most “unprecedented acts in the history of Hollywood”.

According to reports, The Bling Ring checked Facebook, Twitter, and other social media networks to check the movements of their victims. They then used Google Maps and celebrity address websites to track down the homes of their targets. A film about The Bling Ring is being directed by Sofia Coppola and is slated for a mid-2013 release. Emma Watson will star as one of the leads, alongside Leslie Mann and several acting industry newcomers.

Do you think Diana Tomayo deserves her sentence? Was it too harsh? Was it too light? Let us know your thoughts in the comments below.