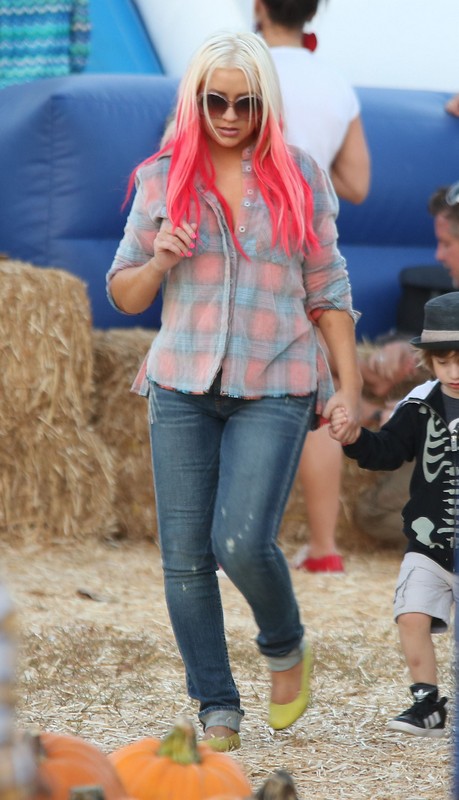 Real women have curves, but Christina Aguilera has $3 million worth of curves. TMZ has exclusively learned that Christina Aguilera might be paid this preposterous amount of money to be the face of a dating website for “big and beautiful” women. Hollywood Hiccups is bringing you the scoop!

Whitney Thompson won America’s Next Top Model’s 10th cycle – she was the first plus-sized model to do so – and now runs TheBigandTheBeautiful.com, a website that solely caters for dating in the plus-sized category. Thompson sent a letter to Aguilera in which she says that she’s “extremely interested” in having Christina as the spokesperson for the website. The site was “specifically designed for women with curves”, and while we’re all for love, finesse and curvaceous beauty, we believe a dating website like this would be detrimental in the long run and might cause beautifully curved women to feel less than gorgeous. Why should a woman with curves be excluded from a garden variety dating website? They’re still more beautiful than most of the stick figures out there.

Aguilera would do one television commercial, one radio commercial, two photo shoots, and four public appearances. Thompson also wants to tie-down Aguilera’s singing voice and have her record a jingle for the website. Is this a shot in the dark? Will the world famous Aguilera agree to partake in such a publicity deal? Aguilera has publically revealed that she’s proud of her new curves, but will these curves buy her a new car? We’re still unsure whether Thompson would be able to pull off the publicity deal, or whether Aguilera would be willing to represent a part of womanhood that is not too prevalent in Hollywood.

What do you think? Do you think beautiful and curvy women should have a separate website? Shoot off in the comments below and let us know if you think Aguilera would make for a great spokesperson for the site.