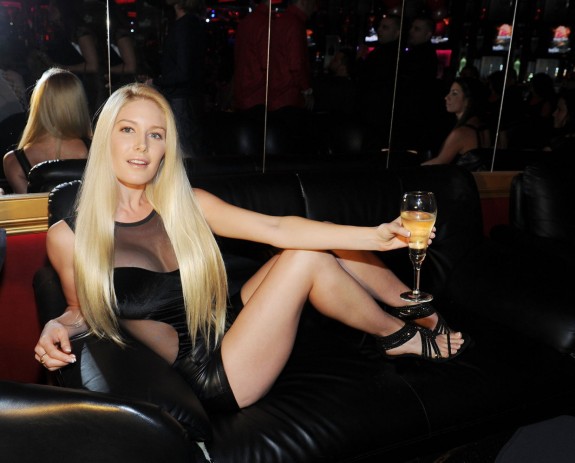 Heidi Montag should have known that all good things come to an end. The former reality star who was a huge part of the succes when The Hills aired on MTV in 2006 to 2010. During those four years, Heidi reportedly made $100,000 per episode – which seemed to be overwhelming for her, considering that all of that money has been spent on plastic surgery, designer clothes, managers, publicists  hair and makeup and more.

“I’ve never really counted, so I’m not sure [how much we lost], a lot, over a million or so,” Montag told Access Hollywood Live. “If we would have saved our money, it would have been better,” she said. Spencer Pratt and Heidi Pratt who are still together after all this years are now living in a house that it owned by Pratt’s family, showing that their situation with money problems is very bad.

“We both just kind of stepped back and have been able to reflect on who we’ve been, where we want to go and who want to be and what we want in our lives, and it wasn’t the path we were going down,” Montag explained. “We’re very grounded and humbled, and money and fame and the fast life, you don’t really know how you’re going to react to it. I certainly never thought I would become the person that I was.”

She continues that though the money she was getting of reality television, it destroyed her life: “[Spencer and I] are not those people on The Hills anymore,” she explained in an interview with Celebuzz. “We never were. It was more an acting role than anything else. But we played those characters and when you start playing a character you kind of start to become more of a character.

Shocker! NOT! Heidi Montag and Spencer Pratt Faked Their Fights on The Hills!