‘It’s Nice, But Embarrassing’: Daniel Craig On Being Seen As A Sex Symbol 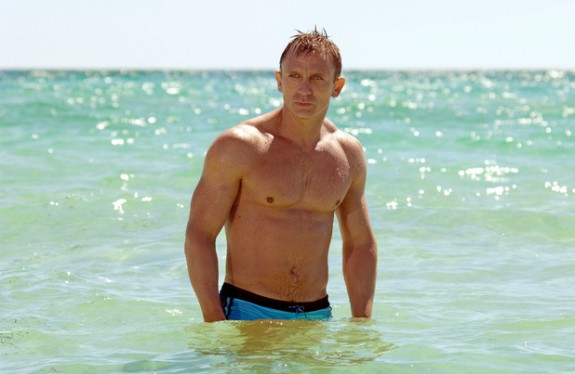 James Bond is a sex symbol – Daniel Craig, at least. The actor who will make his third appearance as Bond in the newly released sequel Skyfall, has said that even though he finds it flattering when people see him as a sex symbol, he gets embarrassed by it. Craig says he trains like crazy in the gym – he works out every single day to get into shape for movie roles, but when he goes on vacations, he tends to just relax and eat whatever he wants.

“It’s not like I go out there to be a sex symbol. I mean, it’s nice of course – but embarrassing,” Craig toldOK magazine. “I like going to the gym every day because I’m in physiotherapy every day. But when I go on holiday, I eat and drink what I want. I just try and get normal because I think too much working out is bad for you.”

Craig added that he doesn’t like people who don’t treat him like a normal person just because he is a celebrity: “I can’t do all the things I’d like to do, but I have a normal life. My family and friends treat me as they always have. I want people to treat me as normally as they can. Anybody who doesn’t, I feel awkward with.”

Skyfall is in theaters next week! Are you going to watch it?!