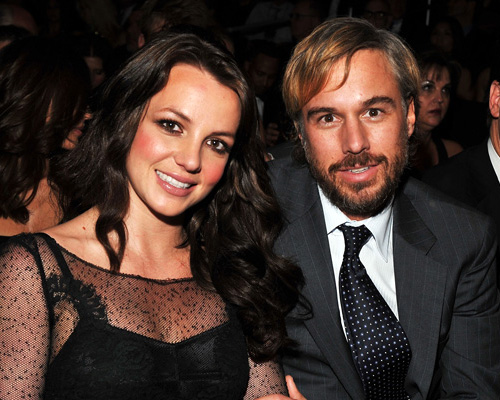 Going to the chapel and she’s gonna get married…

Britney Spears is reportedly planning to get married to her boyfriend of two years, Jason Trawick, as soon as she finishes filming The X Factor’s finale show. Spears, who is currently battling former manager Sam Lutfi in court after he made allegations that he is the person who saved her from her ’07 meltdown, has devoted her life to Jason and trusts him like she’s known him her whole life. Though this will be her third time getting married, it will definitely be her last, sources say.

Britney has been hinting for a while that she’s wanting to get married to Jason by placing a treadmill in her dressing room when she goes on breaks while filming X Factor,- in hopes that it will help her get in shape for her wedding day. “She’s put a treadmill into her X Factor­ ­dressing room and is making sure she’s jogging as often as she can,” The Mirror reports.

The source goes on to say that she’s taking her looks very serious, but fans shouldn’t be disappointed once they see Spears at the live shows, because her body is going to be in the best shape it can possibly be: “She’s taking her look ­incredibly seriously and has said she will ­dazzle with her outfits and her body on the live finals of X ­Factor. It’s very much a countdown to the nuptials right now… we’re ­talking within weeks.”

The X Factor live shows start in November and will be hosted by Mario Lopez & Khloe Kardashian. Meanwhile, Simon Cowell revealed two days ago that X Factor had been picked up for a third season, so this will most likely mean Britney will be covered to get another $15 million paycheck from the producers, unless she decides to demand a little more. Her current competition remains to be Mariah Carey, who received $18 million from American Idol to judge its next season.