Jennifer Aniston Doesn’t Believe In Dieting: ‘You Just Have To Eat Properly Within Moderation’ 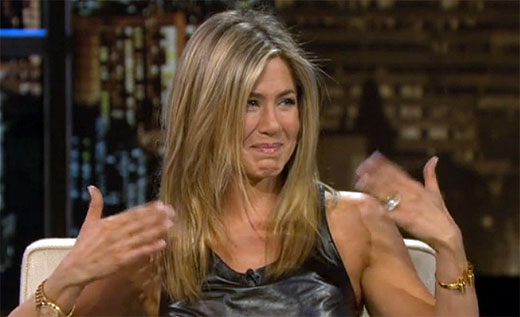 Jennifer Aniston is going to make a lot of women angry with what she has to say on dieting. The former Friends actress revealed that she doesn’t believe in dieting, as long as you eat healthy and properly within moderation, you are likely to not put on heavy amounts of weight. Aniston, who recently got engaged to Justin Theroux after dating just over a year, continued that in her opinion she finds it bad for people to cleanse their system because it’s not good for the body.

“I stopped dieting when I figured out that you just have to eat regularly and properly within moderation,” Aniston told OK!. “The fads are too much, the fasts, when you hear people saying, ‘I’m going on a cleanse’, it’s just so bad for your body. I think it’s really about – honestly, this is going to sound so silly – going in the sun for 20 minutes a day is really important, vitamin D, because we are now having a vitamin D deficiency because of all the SPF. And I think being happy and smiling and laughing a lot.”

Let’s not forget that Jen’s looks aren’t all because of her genes. The actress admitted that she has tried out cosmetic surgery in the past – laser to be exact – but she added that she thinks it hasn’t done anything for her: “I’ve done laser, but when they do those things I don’t honestly think it does anything, she admits. I don’t know, I haven’t figured it out. But it makes you feel good.”

We agree with the dieting but that the laser didn’t make her better is a lie. If it hadn’t worked, wouldn’t you have asked for you money back? Oh, then again she isn’t like us. She can afford to waste money from time to time. Ha.