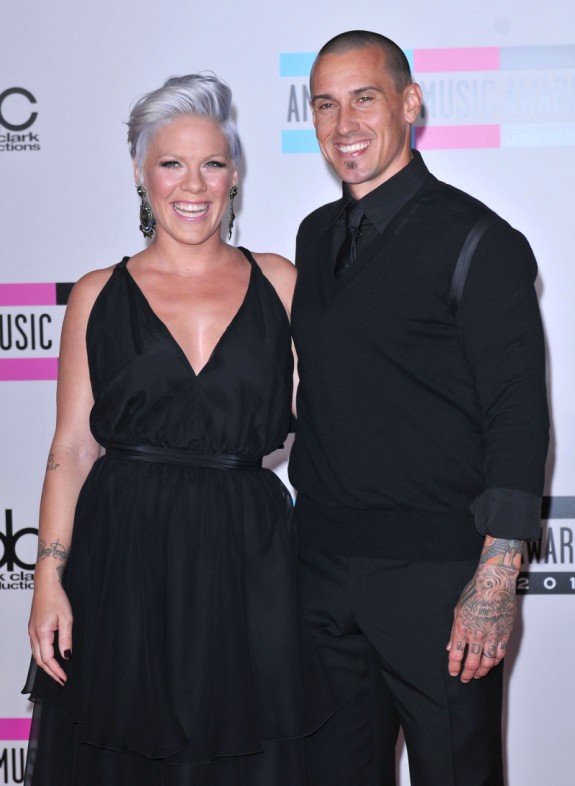 Pink may be the happiest person in the world right now: she has a healthy baby, a close relationship to her husband Cary Heart, her music career is on top and selling a large amount of records, she recently became the face of CoverGirl — you get the point. But, her life wasn’t always as great as it is now. The ‘Blow Me One Last Kiss’ singer has explained in a recent interview that she didn’t hesitate to quit taking drugs after she nearly overdosed in a nightclub at the age of just fifteen.

Pink isn’t shy when it comes to discussing her troubled childhood, which started after her father and mother filed for a divorce due to violent behavior and irreconcilable differences. Pink turned to alcohol and drugs at twelve years old to try and avoid the pain she was feeling at home, little did she know she was only making things worse for herself. She admitted to messing with substances such as ecstasy, crystal meth and acid.

“It wasn’t to the point of going to the hospital, but I remember getting up off the floor in the morning – and that was the last time I ever touched a drug again,” Pink told Shape magazine. “It was also the day a DJ offered to let me sing on hip-hop night. His only caveat was that I couldn’t do drugs, so I didn’t. That’s the thing with me – once I make up my mind, I’m done. I’m a wino! I’m taking online classes to learn about different grapes. My dream is to own a winery.”

The singer recently explained that her mother, Judith, was not too pleased after watching the singer’s newest video, Try, which she however claims to be one of her best videos she has ever done: “My mom, after seeing the new video … “Wow, honey. I’m speechless. And uncomfortable. No one can ever say you play it safe.” Thanks, mama:) Making this video was the most fun I’ve ever had in my entire career. I never wanted it to end. It’s my favorite video ever.”

Pink On Relationship With Carey Hart: ‘Our Marriage Will Never Be…