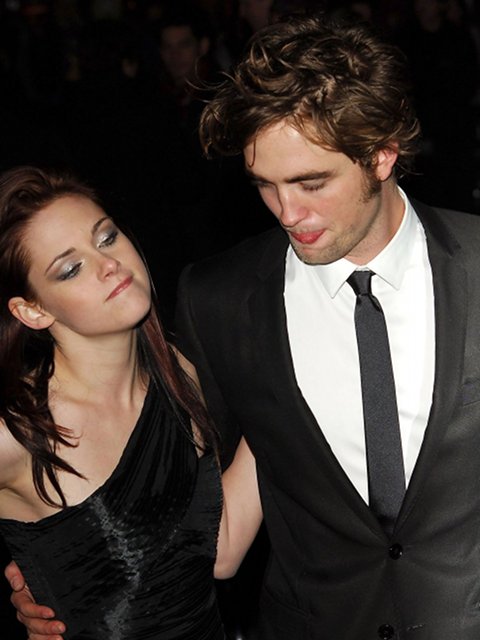 It can’t be easy to lose international credibility after your girlfriend cheats on you, but Robert Pattinson is trying to keep his poker face on while he deals with the slap in the face from Twilight costar Kristen Stewart. The pair famously split this summer after photos were leaked of her affair with Snow White And The Huntsman director Rupert Sanders (a married man with kids), but after a rocky few months, the couple seem to be back on, and have even been photographed kissing. So is all right in their world? Not a chance! A source reports that while Kristen is desperate for Rob to put a ring on it so they can completely move past this, Rob isn’t so sure of Kristen anymore. He is insisting that she take a lie detector test so he can ask her questions about her affair!

“Take a lie detector test to prove you didn’t sleep with him,” Rob told her, according to Now Magazine. I know it seems like a fool-proof plan, but those things aren’t really very accurate. Regardless, I think that Rob needs to make Kristen sweat a bit more. He needs to set firm boundaries in their relationship so that she knows she can’t walk all over him and then come strolling back and expect forgiveness every time. Of course, their reunion came just in time for the Twilight Breaking Dawn Part 2 international promotional tour. The stars not only have to attend premiers together, they’ll be sitting on interview panels together too. What do you make of this all? Is their relationship fake? Does Rob have the right to demand Kristen take a polygraph, or is that crossing a relationship boundary? Should Rob just dump her like the trash that she is?