Leeza Gibbons’ Stalker On The Run 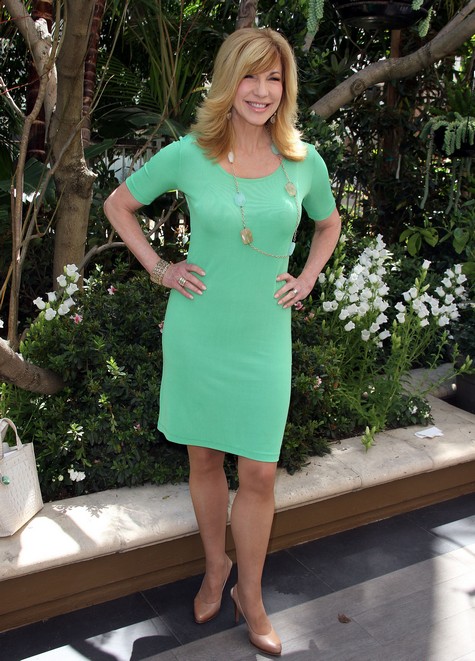 Leeza Gibbons, the famous C-Lister television host, was targeted by a delusional fugitive who called her an ugly whore and demanded that she has sex with him. Peyman Babalavi, who also harassed professors at Kean University in New Jersey while he was a student there, is currently a wanted fugitive. TMZ reports that Babalavi sent Gibbons over 20 Facebook messages and four emails during a one-year period. In one of these disturbing messages, Babalavi called Gibbons an ugly whore and informed her that she owes him several million bucks, including a couple of BMW’s.

Babalavi was supposed to appear in court on another harassment charge, but he failed to do so and is currently a fugitive on the run. In Babalavi’s “WANTED” ad, it states that he fled to California after a $50 000 arrest warrant was issued. The authorities currently believe that he might be back in the area and is up to no good. According to the ad, Babalavi resided with family in The City of Elizabeth, in the immediate vicinity of Kean University. He is described as “a Caucasian male with an olive complexion of Iranian descent.” Big red letters clearly state that Babablavi is dangerous and should not be approached for any reason by civilian personnel. How creepy is that?

Gibbons’ case was sent to LAPD’s Threat Management Unit, which obtained a search warrant that assisted cops in identifying Babalavi as the stalker. Isn’t this the craziest entertainment news week ever? One would think that Halloween month brings out the zaniest of people, but this is an unparalleled level of Crazy Town terror! Babalavi will most probably be caught be very soon, but until then, here’s an apt song by Britney Spears, “You drive me crazy/ I just can’t sleep/ I’m so excited, I’m in too deep/ Ohh… Crazy, but it feels alright/ Baby, thinkin’ of you keeps me up all night!”