Robert Pattinson Talks About Sex With Kristen Stewart During Interview, Calls Her Ridiculous 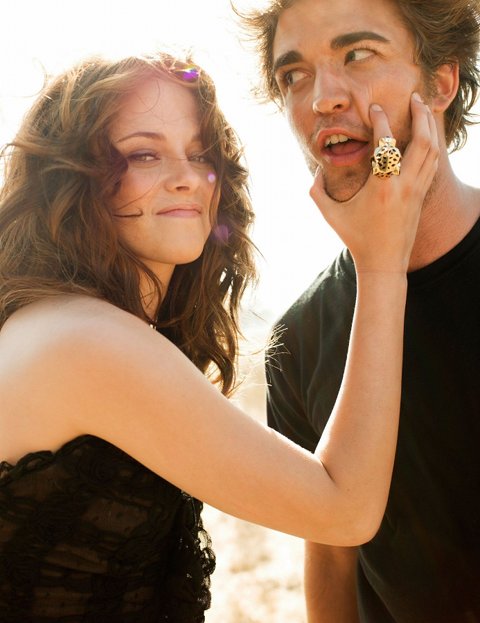 Want to talk about things not to do during relationships? Having an affair with your director is one (check!), and talking about faces during sex is another. Fortunately for Kristen Stewart, Robert Pattinson was only talking about their vampire sex scenes for the upcoming movie Twilight Breaking Dawn Part 2. Otherwise he would be spending some time on the sofa. Although the fact that he’s taken her back after the international bitch slap he got after news of her affair broke proves he is pretty…spineless. Maybe this is his way of getting back at her? Could his words apply not just to Twilight love scenes, but to their real life?

Robert opened up during an interview in Australia, “The sex scene is pretty ridiculous. It’s just because you’re kind of shooting stuff to be PG-13…it’s just trying to think of inventive ways to make something sexy. It can’t just be a normal sex scene. It’s supposed to be about, like, the greatest vampire sex you’ve ever had.” Remember in the first Breaking Dawn movie, when they had to do major editing and reshooting because there was too much “thrusting” in the film for a PG-13 rating? It sounds like the cast and crew learned their lesson. So what sort of weird vampire foreplay will viewers be treated to? Honestly, I’m in no rush to find out.

Robert went on, describing how awkward it was to make the sort of faces the crew wanted. “We’re doing it just to the camera, and the camera man is laughing as well. Guys faces I don’t think are really designed to do [that].” It sounds like Rob and Kristen were being held to really high acting standards. For once. I guess that’s why they get paid the big bucks! 5 years of mediocre gasping and staring, and now a grand finale of faux vampire sex, realistic facial expressions included. Are you going to see the new Twilight, or will reading our cover be enough to satisfy you?