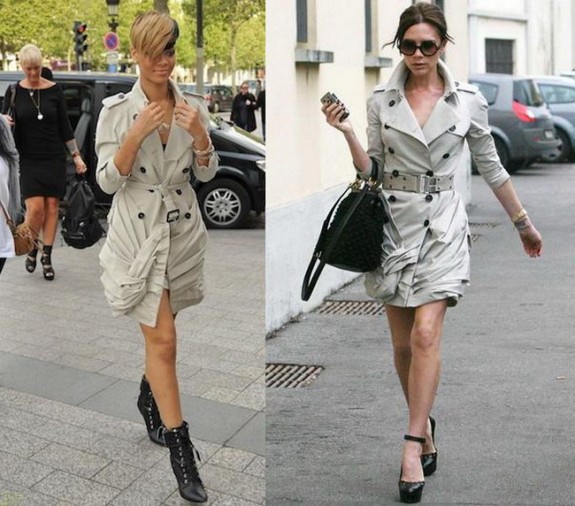 Victoria Beckham‘s hometown in the UK have voted on who they consider the most fun celebrity and the fashion designer came last. It’s most likely that Victoria didn’t get any higher than the position she was placed on because she rarely smiles in public, making her look very miserable and moody. The list included celebrities such as Madonna (placed at second last) Jeremy Clarkson and Tom Cruise who were all listed at the bottom of the list.

In a recent interview, Beckham explained that her moody looks she makes when she’s in public make people think she’s a “moody cow” when in fact she has a lot on her plate, including her clothing line and taking care of daughter, Harper. The 38-year old told Germany’s Interview magazine: “I can’t be bothered when people are mocking me about always looking so stern. They really believe I’m like that. And when I see these photos, I feel the same way. I look at them and think, ‘Oh gosh, you moody cow’.”

Rihanna topped the female musicians list as most fun celebrity, while comedians Alan Carr and Russell Brand made the number two and three spot on the ‘Most Fun Celebrities’ list.