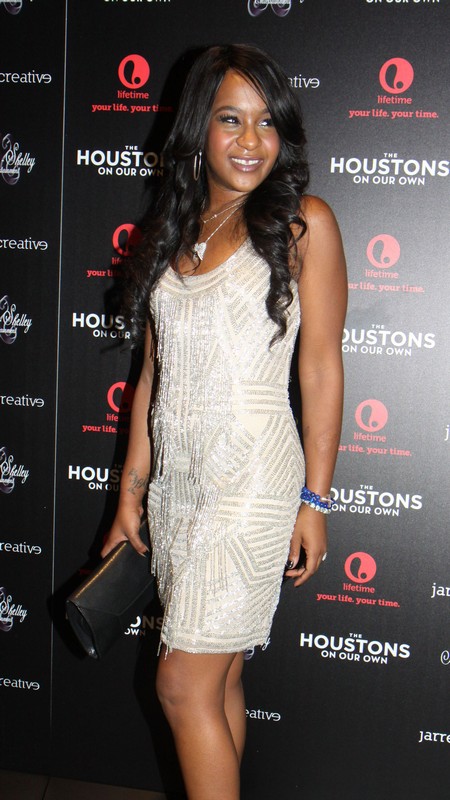 It looks like the apple hasn’t fallen far from the tree when it comes to Bobbi Kristina Brown – or at least that’s what her family is totally fearing.  The 19-year old has reportedly dabbled in drug use in the past and now it seems her vice of choice is alcohol. She’s also not trying very hard to hide her love of the bottle according to TMZ. In fact, her drinking problem is very apparent in even the first episode of her reality show.

“Bobbi’s problems were highlighted during the premiere episode of her Lifetime series, “The Houstons: On Our Own” … which featured 19-year-old Bobbi slamming wine and slurring. The episode was taped a few months ago … and our sources say the boozing has only gotten worse since the show wrapped.”

According to sources the Houston clan is taking Bobbi Kristina’s downward spiral very seriously.  She has also gotten close to some of the same people that helped to enable and cover up her mother, Whitney’s addictions. The family wants her to enter an addiction program in California, but they don’t want her seeing the same people that treated Whitney. Obviously no one managed to save her and so this time around the Houston’s are hopeful that a different team of doctor’s and counselors would bring a better result with Bobbi Kristina.

What are your thoughts on Whitney’s daughter?  She sounds awfully screwed up to me. I mean, she’s dating someone that was raised to be like her brother and now pregnancy rumors are swirling. Addiction runs in both sides of her family which means it’s totally in her blood- just this week her father, Bobby Brown was popped for yet another DUI.  Will she get help and pull her life together before it’s too late? Do you think she even wants to? Tell us your thoughts in the comments below!

You might also likeMore from author
Bobbi Kristina Brown