‘It Might Influence Other People’: Taylor Swift Refuses To Say Who She’s Voting For 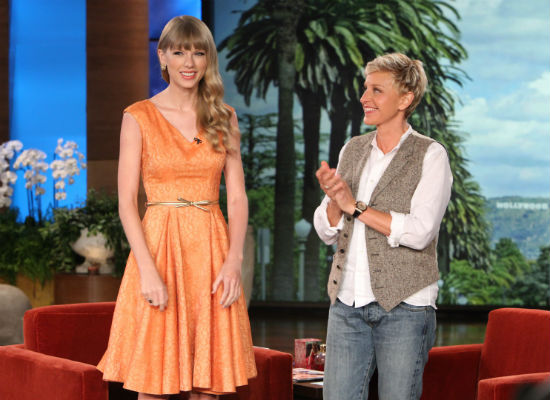 Taylor Swift is many things, but she’s definitely not someone who is going to tell you who she’s voting for as the president of the United States. Though many celebrities, such as Katy Perry, Sarah J. Parker and Madonna have publicly made it clear that they will be voting for Barack Obama, Taylor thinks it isn’t right to that, as it influences the fans to do the same.

She makes a fair point by saying that a celebrity has the power to influence someone else to do things, whether that may be buying the clothes they wear, eat at the restaurants where they do, etc. The list can go on and on, but voting for our president is definitely something that should be taken more seriously than just voting for that person because someone else is.

“I follow [politics], and I try to keep myself as educated and informed as possible,” she answered. “But I don’t talk about politics because it might influence other people. And I don’t think that I know enough yet in life to be telling people who to vote for,” she explained to Time.

She added that she is voting for who she wants as president, but she won’t be in the country when the voting opens, so she’ll have to get some kind of form that will allow her to vote whilst she’s on her promotional tour: “I’m going to be out of the country, so I’ll have to get a special form, I think,” she said.