Kristen Stewart: 'If You're An Honest Person, You'll Make Mistakes' 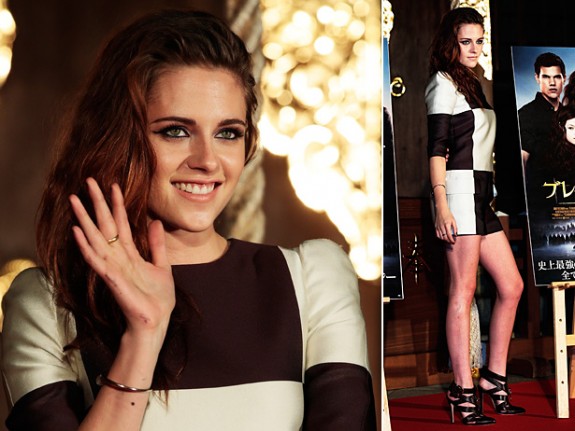 What a lame excuse for Kristen Stewart to make. The Twilight actress has said that as long as you’re an honest person, you will make mistakes in life – which does make sense, considering she publicly announced that she had cheated on Robert Pattinson with director Rupert Sanders. She could have denied it and worked it out privately, but she’s an “honest person” and decided to let all her fans know the truth.

While promoting Breaking Dawn: Part 2, she talked to mexican magazine 15 a 20 about making mistakes in life. “If you’re an honest person, you’ll make mistakes, but it’ll be okay. The most interesting things happen after making mistakes.” She said: When asked how loving someone changes overtime, she added: “It’s different for everyone. People are capable of loving in different ways.”

The same magazine also recently asked R-Patz if filming the Twilight movies affect the relationship between him and Kristen, to what he replied to saying: “I haven’t really thought about that. I don’t think it’s changed that much. I don’t think the way you see it changes much. You make your decisions, and it depends on the person you fall in love with anyway.”

When asked on how his life changed after signing on to take part in one of the biggest movies of all-time in 2008, he continud: “I’m still young. I’m still trying to run my life, so there’s not much time to reflect. I feel like someone just put me in charge of a train that is out of control, and I’m finally learning how to be in charge of it. It’s hard to deal and accept what’s happened.”

Will you be watching the new Twilight movie?