Sam Lufti trying to Insert Himself Into Paris Jackson’s Life 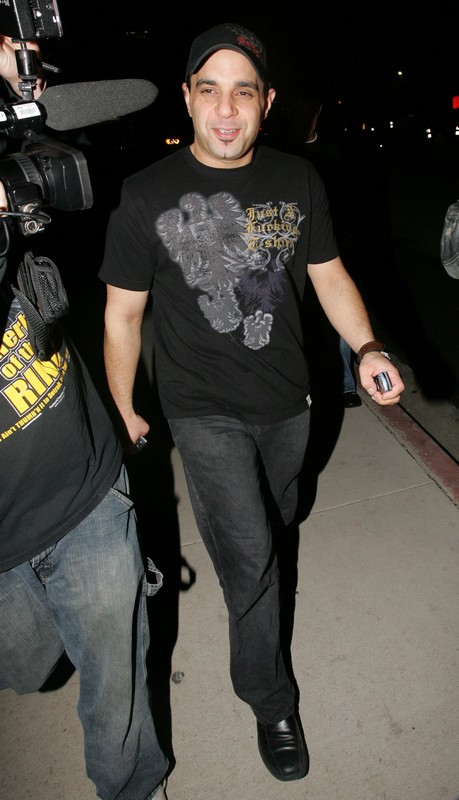 This guy never quits. I’m talking about Sam Lufti, who makes it a habit of trying to push his way into the lives of famous young teens or women. Sam first became a regular name on the gossip sites several years ago when he was controlling Britney Spears downward spiral. He was in that inner circle when she was flashing photogs and beating up cars with umbrellas. He likes to set his sites on a younger starlet and then inevitably things go bad. This time around he’s trying to work his toxic magic on Paris Jackson. According to Radar Online,

“Sam has been telling people in his inner circle that he is talking to Paris Jackson. Why would a grown man be in contact with a 14-year-old teenager?  Sam was trying to arrange a photo op for the two on the red carpet. Sam can be extremely charming and extremely likable, but Paris and her guardians, Katherine and TJ Jackson, would be wise to cut off all contact with him. Sam inserts himself into the lives of vulnerable females – look at his involvement with Britney when she was at her lowest point. Sam now manages Courtney Love and nothing more needs to be said about her,”

I’m positive the Jackson clan is more than wise enough to keep her as far away from this guy as humanly possible. And while I’m not a Michael Jackson fan, I have to believe he would flip in his grave at the thoughts of Lufti getting anywhere near any of his kids.  How do you think Lufti manages to stay in the loop with so many celebrities in the first place? His reputation is horrible but the man still gets through the door at major events and it brings him into close proximity of people like Paris. Will the family block his efforts here? Tell us your thoughts in the comments below!