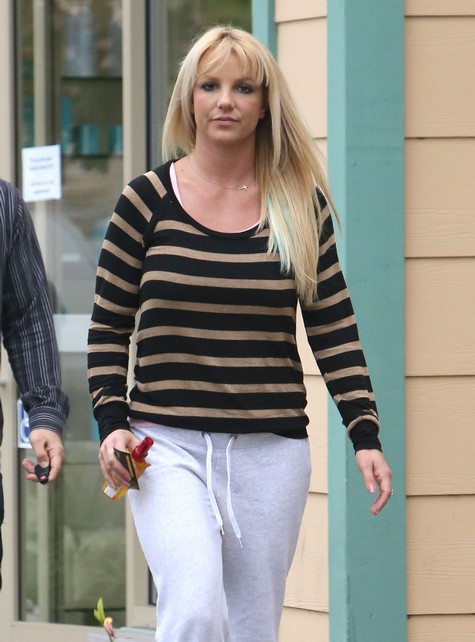 The Britney Spears/Sam Lufti trial is kicking into high gear. The he-said-she-said match-up between Britney’s former manager and her parents has reached that accusatory stage you find in the grey area before being drunk off your face from Tequila shots. According to Britney’s nanny, Leah Frand, the meth accusations are all lies, lies, lies!

A brand spanking new TMZ report revealed that Leah, who worked for Britney for 6 months back in 2007, never saw any meth in that house, or any type of drug. Lufti claimed in court that he found a bag of meth in the house around Britney’s meltdown. Lufti also claimed that Britney was so paranoid about getting caught with the drugs, that she shaved her head. Leah, on the other hand, told TMZ that Lufti is a “low life loser who was so desperate to stay in Britney’s world, he may have planted the drugs in her new home.” We won’t put it past him. Leah also revealed that Lufti was never officially employed by Britney. She said, “I don’t know what the hell he was doing in her life, honestly… being Britney’s bitch basically and not getting paid for it.” Or in our language, being a scheming fame whore.

Leah was Britney’s passenger during the TMZ photographer hit-and-run incident a few years ago, so Leah has a bit of Britney history to her name. Is she covering up for Brit-Brit? Is she telling the truth? Did Brit-Brit really do meth? It’s all super confusing, but we’re certain of the fact that Lufti is the biggest loser this side of the solar system. What do you think? Do you think Britney had a meth breakdown? Do you think Sam Lufti is to blame for everything? Your comments are always valued, so let us know your thoughts in the comments section below.